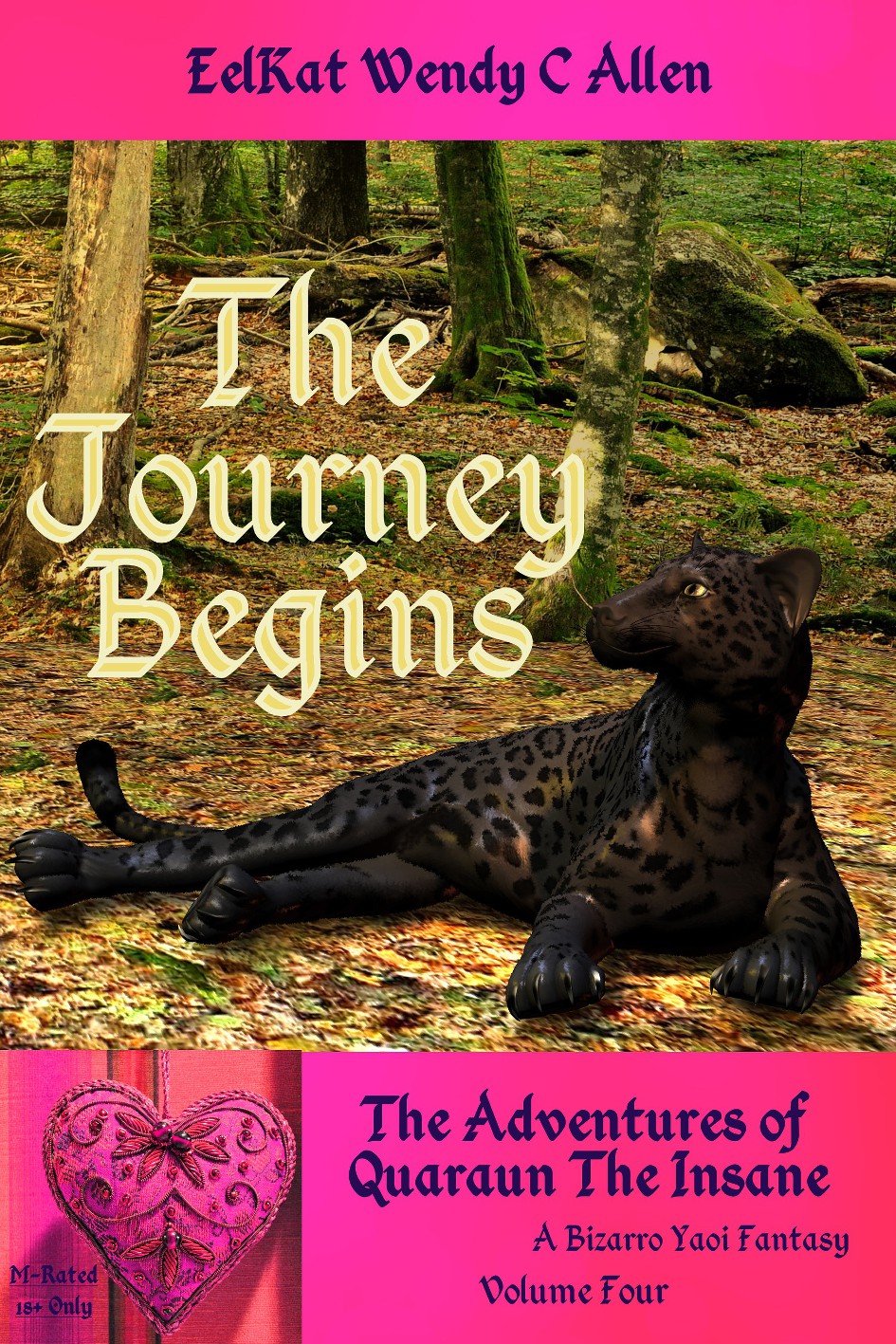 Picking up immediately where The Night of The Screaming Unicorn ends... Quaraun continues on his way to Inuvik, intending to kill himself once he arrives home, only to find that in his 300 year absence, a Human village has been built up over the remains of the decimated Moon Elf village.

Quaraun's sanity wavers more than ever, as he questions the reality of his two traveling companions, both of whom he is certain he murdered years ago. Quaraun decides to head back to the coast in search of the Unicorn, but can't shake the feeling he's being followed.

BeLuna the Gnome, oddly still alive these 300 years after the destruction of the Moon Elf Village and still sitting in the exact same spot where Quaraun had left her 300 years ago, joins the Elf in his search for the Unicorn.

Annoyingly for Quaraun, BeLuna disappears whenever any one else is around and is nowhere to be found when he crosses paths with a gang of Elf hating drunk Dwarves and again when Orcs show up.

Wandering aimlessly through the forest, lost and now accompanied by a disappearing Gnome and a silent Dwarf, Quaraun is at a loss to explain who his companions are or why they are following him. Rumors that the serial killing Pink Necromancer is now travelling the countryside building an army of Gnomish Ghosts and Dwarven Zombies doesn't help matters any.

Things are not right with Quaraun's two new companions, and it takes an Undead Unicorn to show the Necromancer there are some things no one else can see.

This volume contains heavy use of suicide, cutting, and depression  references, including graphic on page descriptions of cutting and suicide attempts.

If you suffer from depression, anxiety, suicidal thoughts, or are easily upset by such things, it is highly recommended that you avoid reading any of this novel.

(Some of these free to read online sample chapters are NSFW)

The Journey Begins, is Part 2 of The Night of The Screaming Unicorn:

List of the currently available free to read online chapters:

The Gnome That Refused To Stay Dead

Raped By The Mountain Dwarf

A Dwarf In The Night

Gnomes and Dwarves That Are Not There

The Elf Eater of Pepper Valley/That Bastard Murdered Me! Wait? Why Aren't I Dead?

How To Properly Fuck an Elf

Another Day, Another Town

Waiter, There's a Head In My Soup

The Orcs and The Necromancer (NSFW)

Picking up where Screaming Unicorn ends... Quaraun continues on his way to Inuvik, only to find that in his 300 year absence, a Human villages has been built up over the remains of the decimated Moon Elf village.

Quaraun decides to head back to the coast in search of the Unicorn, but can't shake the feeling he's being followed.

BeLuna the Gnome, oddly still alive these 300 years after the destruction of the Moon Elf Village and still sitting in the exact same spot where Quaraun had left her 300 years ago, joins the Elf in his search for the Unicorn.

Annoyingly for Quaraun, BeLuna disappears whenever any one else is around and is no where to be found when he crosses paths with a gang of Elf hating drunk Dwarves.

Wandering aimlessly through the forest, lost and now accompanied by a disappearing Gnome and a silent Dwarf, Quaraun is at a loss to explain who his companions are or why they are following him.

But things are not right with Quaraun's two new companions, and it takes an Undead Unicorn to show the Necromancer there are some things no one else can see.