Discussion in 'Setting Development' started by Link the Writer, Oct 19, 2017.

So...something just occurred to me. The names of my fantasy, The Alkorian Legends, seem almost similar to real world-cultures. To wit:

*That's what another writer told me, and when I told him that Kenthew is basically a cat-person with horns, and his race is Devonian, he implied that I'd need to do research to ensure I wasn't stepping on anyone's toes. Which led me to thinking...

Is it required that there be some convention when naming your fantasy characters? Since my characters all seem to have somewhat real-world ties, should that mean their peoples should adopt the cultures (i.e., Gregreo's culture more Germanic, or Arjun's people more closely tied to India culture, customs and clothing?)

The way I name my character is this: If it looks like it can be pronounced easily, it's good. But is it too...shallow if I do so? Shouldn't I expand more by doing research on the various cultures from which my characters seem to have their names derived? It could probably do well with helping me develop and enrich my fantasy and give me something to work on...

I dunno... Your thoughts?


Er, this was one of my "overthinking" moments, wasn't it? I should probably shut up, sit down, and write the damned thing -- to hell with the names.

I tend to match character names to culture, but their culture is not always the same as they ethnicity/race. Thus you often see characters of one race, with names of a different culture... 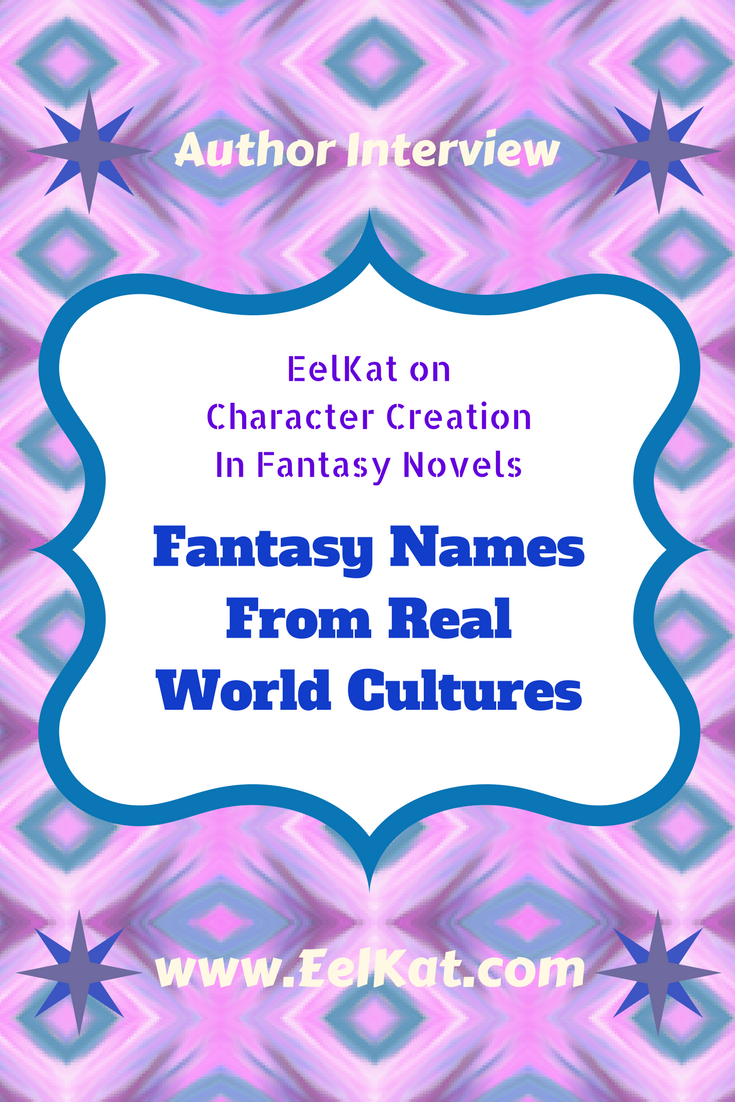 For example, my main character Quaraun is from Inuvik, Quebec, so logic dictates he have a French name, right? But Quaraun is is Persian name. Why? Quaraun, a transvestite, also dresses like a Persian woman. He is a wizard who uses DiJinn magic (a Persian tradition). When he speaks of folklores and such, it's Persian ones, not French Canadian ones. There is nothing about him to indicate that he is of French Canadian heritage, and everything instead points to him being Persian.

The reason for this, is because as a child he was kidnapped by a DiJinn priest, and taken to live in a temple in Persia. The priests changed his name to a Persian name. He was raised as though he was Persian. He was young enough, to not be able to remember his birth name, as an adult, but old enough to know these were not his real family. As an adult he goes looking for his birth family, but retains his Persian name and Persian lifestyle even after eventually returning to Quebec.

In this example, the character is from one culture, but due to circumstances was raised in another culture, so you see a person of French birth, with the name and cultural traditions of his being raised by Persians.*

Likewise another character in the same series, is of mixed race. His father is a Phooka (a type of Faerie) from the Jale tribe of Sepik River Valley in Papua New Guinea, his mother is half Japanese/half Polynesian Aswang (a type of Demon). However he identifies as Scottish and his name is: Gwallmaiic.

Gwallmaiic is a Gaelic name. His family traveled across the world hunting Humans. When he was about 5 years old, one particularly harsh winter, the sick boy was unable to keep up with the tribe when they moved on. He fell behind and was left for dead. Left behind in Scotland, where he remained, and lived among the Scottish humans, taking a Scottish name and adopting their culture.

And so, yet another example of a character of one culture who has the name from a different culture.*

*The reason for this by the way comes from my own family's culture, originally being Persian and migrating to Scotland in the 1500s, later moving to Canada. My own family has a blended mixed culture of Persian, Scottish and Canadian, and you see me blending aspects of each of these cultures into my novels.

So, you see, you can use a character with a name from a culture that does not match their race.

There are many reasons why a character might have a name not matching their ethnicity. Perhaps English parents visited Japan and named their child a Japanese name in memory of the trip? Maybe a German character had an Indian great-grandmother and was given a Hindi name to keep a connection to that bloodline? Maybe the character changed his name in memory of his best friend who died? Maybe their parents just overheard the name one day and liked the sound of it, and there is no reason for it other then the mum thought it sounded nice.

The point is you don't always have to have a character's name match up with their ethnicity. Heck, you don't even have to give a reason for it either.