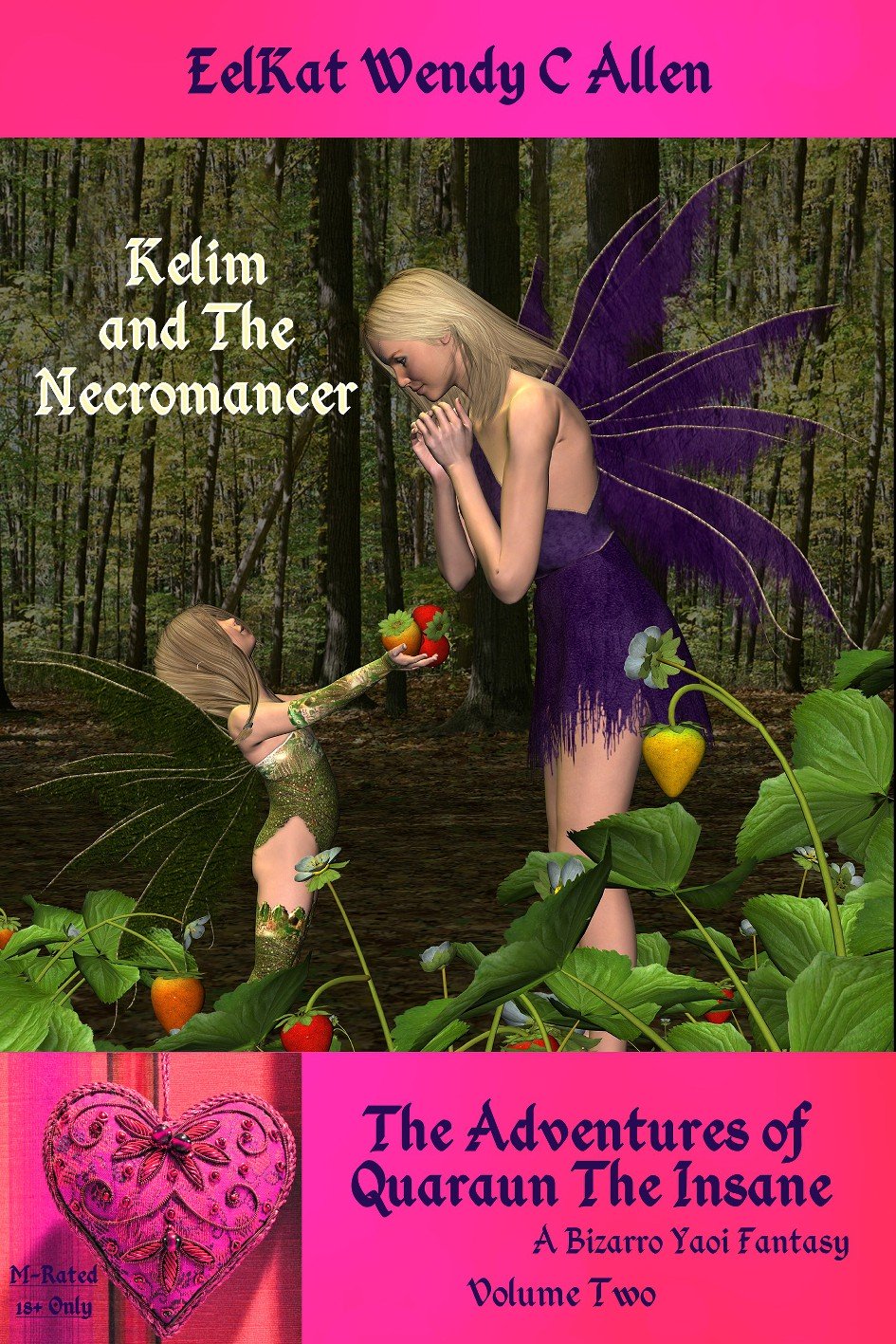 Volume 2: Kelim and The Necromancer

Quaraun is hunting down the Guild and killing off it's members one by one. Guild leader Finderu is next on his list.

The tiny Pixie Kelim has fallen in love with the Lilac Faerie Ophelia, but Ophelia is in love with some one else and soon to marry him.

News of a wish granting DiJinn Wizard being sighted in the area, sends Kelim looking for a love potion that win Ophelia's heart. Bored with the Pixie's request, Quaraun sends Kelim on his way, but Kelim is persistent and demands the DiJinn grant his wish. Rebuked again by the wizard. Kelim returns a 3rd time desperate to stop Ophelia's wedding.

Obsessed with his plot to kill Finderu, Quaraun only acknowledges Kelim's plight upon discovery that Kelim's believed Ophelia is Finderu's daughter, and in a plot to murder Findaru, Quaraun finally agrees to grant Kelim's wish, but not until Kelim first signs a contract written in blood, agreeing to hand over his first born child to the world's most feared Necromancer.

The one thing Kelim forgot to remember was... never trust a wish granted by a DiJinn, especially not when that Di'Jinn is The Pink Necromancer himself.

A twisted baby murdering retelling of Rumpelstiltskin, this story tells what actually happened, in the bedtime story Quaraun had told to the Phooka in Night of the Screaming Unicorn.

Bandits and Highwaymen In the Night

Doe'Uan and The Lonely Elf

Kelim and The Lilac Fairy

Finding Finderu (this link goes to my DeviantArt account)

Off To See The Swamp Hag

Hiring A DiJinn aka The Wish Granting Wizard

The DiJinn's Contract, Written In Blood

The Price of Love 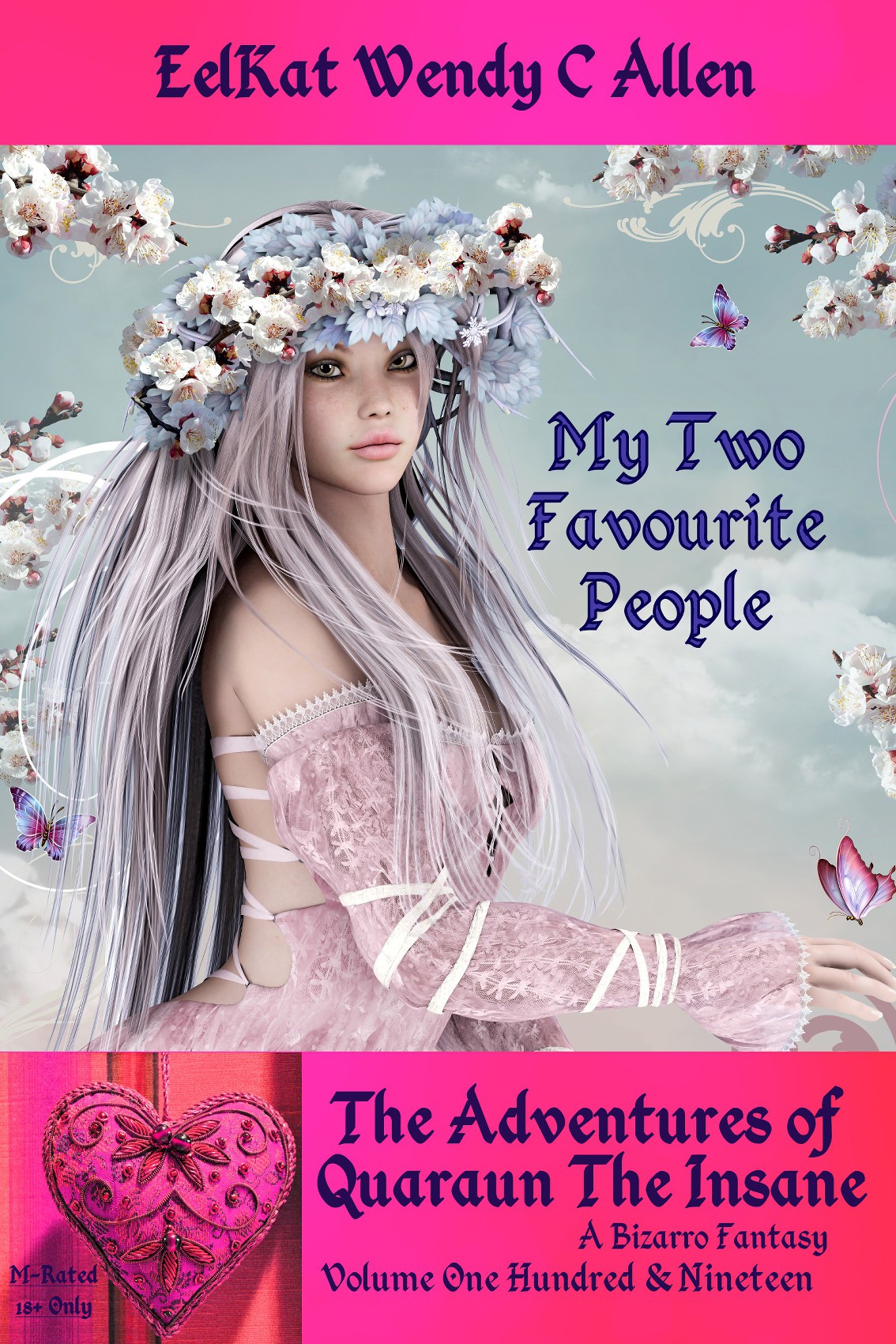 In the Twighlight Manor series Quaraun is portrayed as the evilest person to ever walk the face of the Earth. No one can remember his name, because after The Battle of Ongadada, his name was erased from history.

Yet, in the Twighlight Manor series, people exist, who say the stories about him are untrue, that evil men buried the truth to hide a secret far worse then Ongadada.

Throughout the Quaraun series, Quaraun is treated as the hero and is rarely seen as being evil. This is largely due to his being the primary point of view character of the series. The stories being told from his point of view of the world, means he is not seen as the villain, because he does not think himself evil. The Quaraun series is told from the perspective of a supervillain (Quaraun), who does not think of himself as evil or villainous.

Kelim and The Necromancer is one of the few stories in the series to show Quaraun as a villain. A story which shows the dark nature of the Necromancer and how far he is willing to go, to get revenge on the people who killed his lover.

You can find out more about The Pink Necromancer here.

Who is Pocket Lich?

Quaraun is hailed as "the world's most powerful wizard" partly because he is one of the few people to have ever killed a dragon. However, he had not set out to kill said dragon and her death was an unfortunate side effect of a spell gone wrong.

Distraught at having taken the life of an innocent peaceful creature, Quaraun resurrected the dragon, turning her into a Lich. She immediately set out the slaughtering villages.

Realizing the error of creating a DracoLich, but finding himself unable to kill her again, he instead creates a new world, a dragon's paradise, which exists inside a tiny green bottle that he carries in his pocket.

With his pet dragon safely locked away in her bottle, Humans forgot about the horrifying beast a DracoLich truly is or how dangerous a Necromancer with a Lich at his command actually is. Though mentioned in nearly every story, she rarely makes an on page appearance.

She was named Pocket Lich by Unicorn, another of Quaraun's Liches.

Kelim and The Necromancer is the first and one of the few volumes in the series to actually show Pocket Lich. She is also seen in Summoner of Darkness, Captain Quirk and the Pirate Ship Rent-A-Prize, The Dragons of Ongadada, The Battle of Ongadada, and The Phooka of the Thousand Deaths.

Pocket Lich is seen on the covers of Friends Are Forever and The Dragons of Ongadada:

Unicorn is NOT in Kelim and the Necromancer.

Evil Necromancer Quaraun, is almost never seen without his trusty Lich, BoomFuzzy the Unicorn, by his side. Kelim and the Necromancer is one of the few stories that does not feature Unicorn.

This story is set after BoomFuzzy's death (1158) and before Quaraun finds Unicorn at The Screaming Unicorn Inn (1458) during the 300 year period he wandered alone, hunting down The Guild and slaughtering it's members.

This volume features the murder of Guild leader Findaru.