Giving Your Characters Flaws and Goals

Hi there, I'm a new writer and am seeking some advice in relation to developing a character for a screenplay I'm attempting to write, specifically regarding flaws and their relation to a character's pursuit of their goal in a story.

A lot of the advice I've read about developing the protagonist character stress that you need to determine what his/her flaw and main goals are, and that their flaw should be something that he/she needs to overcome in order to achieve that goal.

My question is, what if the main hindrance to the protagonist's pursuit of his/her goal is actually completely external, and unrelated to any of his/her character flaws? Would you still create flaws for that character, and let them overcome those flaws throughout their character arc (or not), while he/she is simultaneously attempt to pursue their goal? Or would they not be required?

Any advice would be greatly appreciated.

As I'm reading this, I'm trying to recall if I've ever consciously gone out of my way to add flaws to any of my characters. I published my first book in 1978 and have since gone on to have 130+ novels, 2,000+ short stories, and a few dozen stage plays, and I don't think in any of them, I can recall ever having sat down to create a character and thought: "Now it's time to add some flaws."

This is a rather interesting thought now, because I have heard people give that advice, but I've always just brushed it aside and kept on going elsewhere.

Now, it's not like my characters are not flawed. I've had main characters who were drunks, murderers, rapists, drug dealers, cultists, you name it, if it's a major character flaw, I've probably used it at some point. 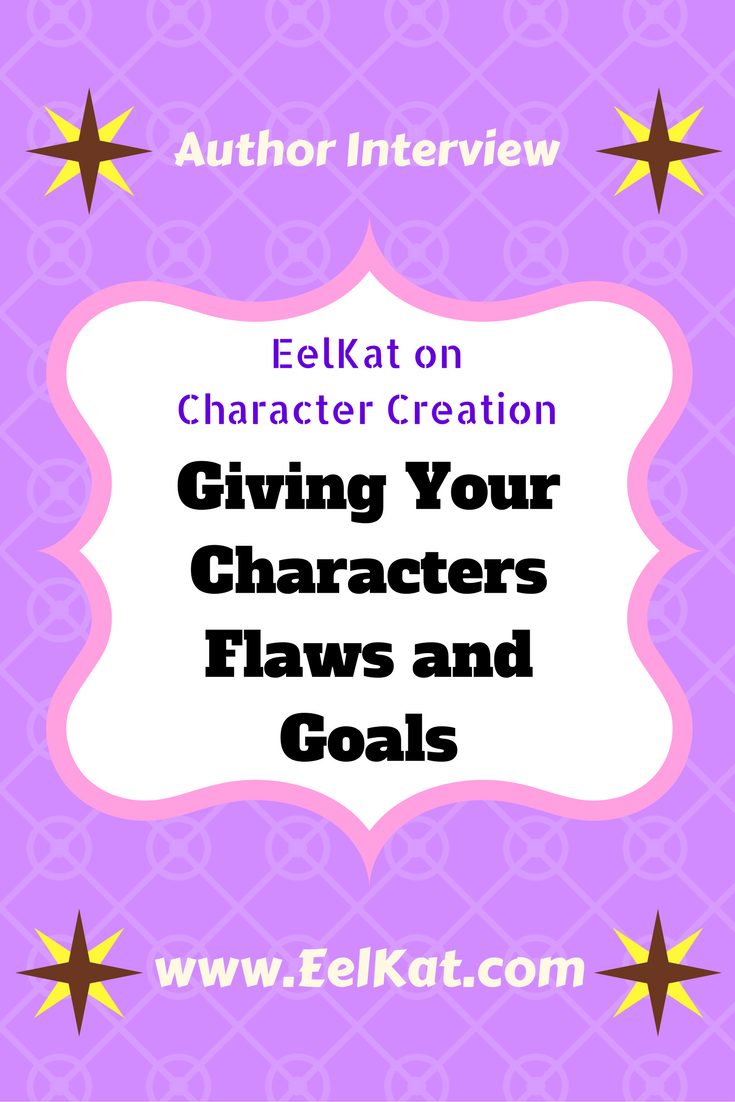 My current series, the main character is a suicidal drug addict and his lover a chemist/drug dealer.

Both of them are on the run from the law - the main character for murdering his wife and four children and his lover for multiple rapes.

One is suicidally depressed and has a lower than low self esteem, the other is a bully and gets a kick out of starting brawls. They both have drinking problems. If I was to sit down and make a list of their flaws, it'd probably take me all week. By all logic they should be villains or bad guys or something evil and not the main characters, because these two guys got flaws out the wazoo! They may perhaps be too flawed. LOL!

But the thing is, when I created them, I didn't go into it looking to build flawed characters.

There was no: "What flaws should I give them?" moment.

The idea for them came from a couple I knew in real life, both had "bad" pasts and were trying to rebuild their lives, but society couldn't look past their flawed past. They started a dollar store together but found it difficult to gain customers. One day only one of them was at the store and he told us his partner was dead. His depression sunk lower for weeks, until one day the store was closed. We never saw him again and soon found out he'd commit suicide. I did not know either of them very well, and apparently was one of the few friends they had, and looking back wished I could have gotten to know them better. As the years went by, I always had this "What if?" in my head.

I ended up taking that event and creating a couple, both with a bad past, both looking to start over, both struggling with the way society treated them, both only having each other. While they are vastly different from the real men that had inspired them, their creation was not built around their flaws, but rather around their desire to start a new life and the prejudices they met up with because of their passed. The idea fascinated me, of, how someone can do a terrible thing, go to prison, then years later try to start life over, but never fully be given the second chance to do so, because no matter where they go people are quick to judge.

Think about it: You have a guy, a murderer no less, who's now years later, trying to find a way to become a member of society. But everywhere he turns, he's meet with bitterness and hate. He's chased out of one town after another, unable to settle down and start a new life, because the bigotry against him is so great. He's beaten up and bullied time and again. The only person he can turn to is yet another man, who is going through the same thing.

They are both outcasts of society. Both unloved and unwanted everywhere they go. And as the series goes on they meet a third man facing the same thing, and the couple becomes a trio.

The world judges them for their flaws.

The world can not see past their sins, to see the person behind the crimes.

The world can not fathom that they may truelt be sorry for what they've done and actually are seeking to start a new life.

The world sees only the flaws.

The flaws become the story.

The world becomes the enemy.

These men are overshadowed by flaws from their past that haunt them.

But then, with characters so deeply flawed as these men are, the goal in creating them, becomes not looking for flaws to add to them, but rather the opposite: looking for the good in them, to let the good shine through.

And so while the two characters are deeply flawed, the reader sees the story from their point of view, and thus the reader sees the other side of them as well - the hopes, the dreams, the guilt, the pain, the desire to become better, the self doubt,... instead of being two horribly flawed characters, they now become fully developed characters, fleshed out with a lot of good along side the bad.

These men know they have committed terrible crimes. They openly admit what they've done. But they are begging for someone, anyone, to look past what they did and see them as a person, an equal, someone who has feelings, and feels sorrow, guilt, and regret.

Each of these men desperately desires to be loved and accepted. They want to be part of the community again. They want people to know they are still people inside and not the cold heartless monsters the media has made them out to be.

The thing that pushes the story forward is their desire to start over and live a better life, but the thing that constantly prevents them from reaching that goal is the prejudice they meet in every new town they try to settle down in.

So, I think this is an example of the sort of thing you are looking for, but, it's something that just naturally evolved as I was plotting out the story. It wasn't me thinkng: "Let's add this flaw and that flaw". It was just, "this is who he is and this is how people react to him, which results in this happening to trip iup his plans for the future."

Does that make sense?

In the end, in the actual story, you don't see their flaws really out on display, because I like to tell very emotional, character driven stories with characters doing lots of introspective, thinking, monologuing, lots of inner turmoil, and dialogue. The reader ends up not seeing the flaws that much, because the reader is in the character's head and sees the world as he sees it, rather then seeing the character as the world sees him.