How chronologically do you write your first draft?

How chronologically do you write your first draft? from writing

How chronologically do you write your first draft?

I have a weird method of writing, that I'm not sure if others do or not.

I started out writing Slice of Life short stories and stage plays, so I got used to writing heavy dialogue early on, as well as writing things "one scene at a time". 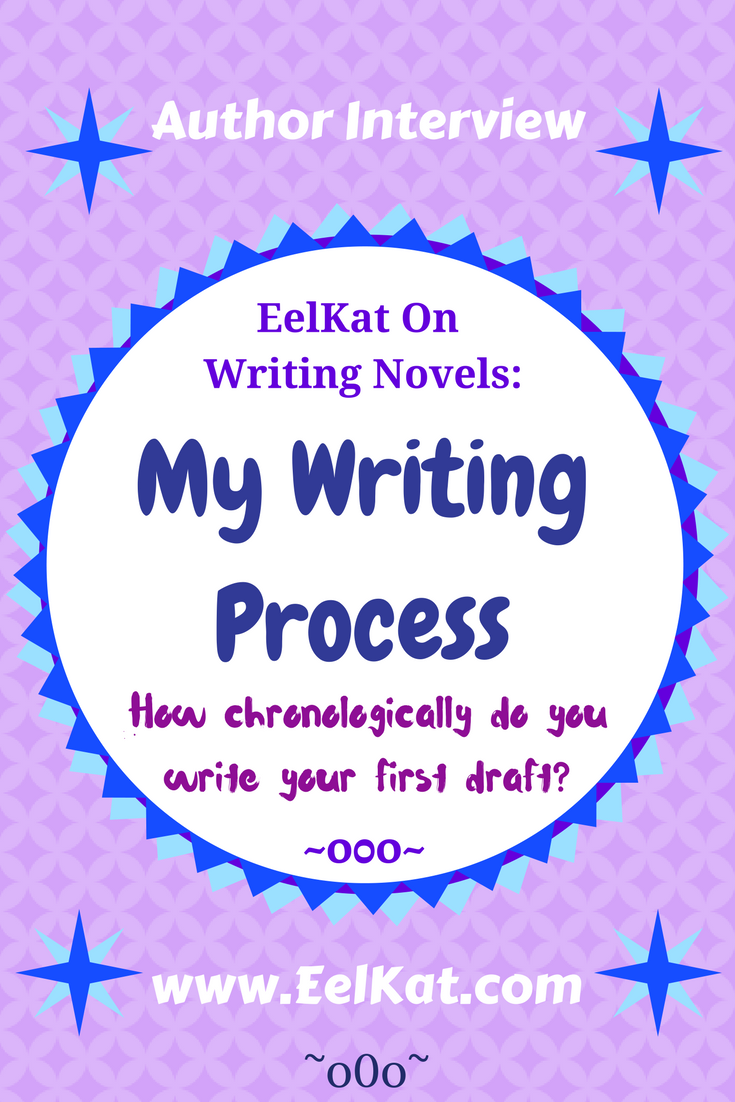 I did this for the first 30 years of my writing career, so it really got honed into me, to write a scenes of conversation as a full and complete story.

Well, in the last 10 years, I've been writing novels, and never having written novels before that point, my method to writing novels, was simply to continue doing what I always did.

So, what I do when writing novels is I'll write a scene between two characters sitting and talking about whatever, it's usually 2,000 to 4,000 words long. Then I'll write a different scene, same two characters, maybe they are walking to the market while they talk. Then I'll write another scene, same two characters, maybe this time they are getting ready for bed. I'll do this for 8 hours or so. I type 91 words a minute, so by the end of the day I'll have 5 to 10 of these little stand alone scenes, none of them really connected to any of the others. I'll repeat this several days for a few weeks. I'll end up 70 or 80 or 100 of these little scenes by the time I'm done. I'll put them all in a folder titled: "Scenes To Add To Manuscript".

Then, I'll go back, and I'll think up a story idea. Some random thing, like "What would happen if cultists took over a lighthouse and tried to summon a demon? And summoning a Demon involved them sacrificing 7 people, so suddenly a series of murders starts happening, and just as it does, some wandering wizard arrives in town." (That's the idea of the novel I'm currently editing right now. That idea resulted in a 300,000 word draft.)

Now I'll write up a quick quasi-"outline" that'll be one page and read something like (here's an actual outline I already had written up, so I'll use this, even though it doesn't match the story idea I just said.)

Then what I do it, I'll take the idea, and the quasi-outline, and next I'll go back to all those conversation/dialogue scenes I wrote and I read through them until I find 3 or 5 of them that fit my dea of where I want the story to go.

There's no point where I start writing the beginning and work to the end. It's just me, sort of looking at the entire story all at once and writing pieces here and there and putting them together.

I think the best way to describe it, is. it's like I have a big 1,000 piece jigsaw puzzle, and I take all the edges and put then together to build the frame of the puzzle, then I slowly fill in the pieces working my way to the centre, until I've put all the pieces in place.

It's like I have the beginning and I have the ending, but the entire middle is a discovery process along the way of figuring out what fits and what doesn't. I'll start out with maybe 3 of these conversation scenes around 4,000 words each, and add "bridging scenes" to connect them, continuing to expand them, and in the end, I'll have a novel 150,000 to 250,000 words long.

I don't know what exactly you would call this method of writing and I've never heard of anyone else doing anything quite like this, but that's how I do it. My weird scatterbrained process of writing a novel.

Comment from discussion How chronologically do you write your first draft?.

You know, I always hear the term "written myself into a corner" in questions here, people asking, "help, I wrote myself into a corner, what do I do?" and I never answer those questions because I just can not wrap my mind around what it even means. I'm always think... how can they be stuck on this or that thing, it makes no sense to me, because I've never gotten stuck on whatever it is they'll be describing. How are they stuck? Why can't they fix it?

>>I think lots of the people that complain about writing themselves into corners just find their words too precious. Of course if you treat everything you spent more than a minute writing as Gold That Can’t Be Changed you’re going to write yourself into a corner.

You know, I think you're right about that. I have no trouble hacking and slashing scenes out of my drafts. I'll revise and rewite a draft 7 or 8 times, editing in between each revision. I'll spend 6 months or more just in the process of cutting this out, removing that, rewriting those...before I'll even get to a point of think, it's ready to publish. While I'm publishing novels multiple times a year, and it may seem to others like each novel only took a month or 2 to write, the reality is, I'm working on each novel 3 or 4 years before it's published. A novel published in 2017, will be one I wrote in 2014 and ran through 12 or more edits before is went to press.

So, now, looking at what you said here... that could be why I never understood the whole "written into a corner" thing. I'm so used to editing and revising and reworking my words as part of the natural writing process, that I don't think it ever occurred to me that other writers don't also do that.

Yep, I think I can see if someone didn't edit and revise, and was so in love with their words that they refused to change anything, I think I can see that as the reason they get stuck and write themselves into a corner. That makes a lot of sense.

I've often thought far too many newbie writers have this idea that authors write something once and BOOM it's ready to publish. I think far too many new writers are clueless to the actual grueling process of editing and revision that is required to make a good draft great.