What number of continents are there in your fantasy world?
EelKat on WorldBuilding

Number of continents in your fantasy world?

Number of continents in your fantasy world?

** I'm not sure if I should put this here for Fantasy, or in World Building? Please move as appropriate  **

I'm just wondering, for those that make up their own worlds when writing fantasy novels, how do you decide upon the number of continents you'll use? Or do you not even bother? Do you just make one large area for the story, and expand as and when/if you need to?

I'm curious on what process you follow when making your world for your fantasy novels?

I do my worldbuilding culturally/society based, and write up a background story for each one (about 10k to 20k words each group) and each influenced by geographic regions, but, have never drawn up a map or tried to figure out how many countries/ continents/ providence/ etc there were. It's never something that has been important to the story to know. Partly because the main character himself doesn't know and every novel in the series is told from his POV. 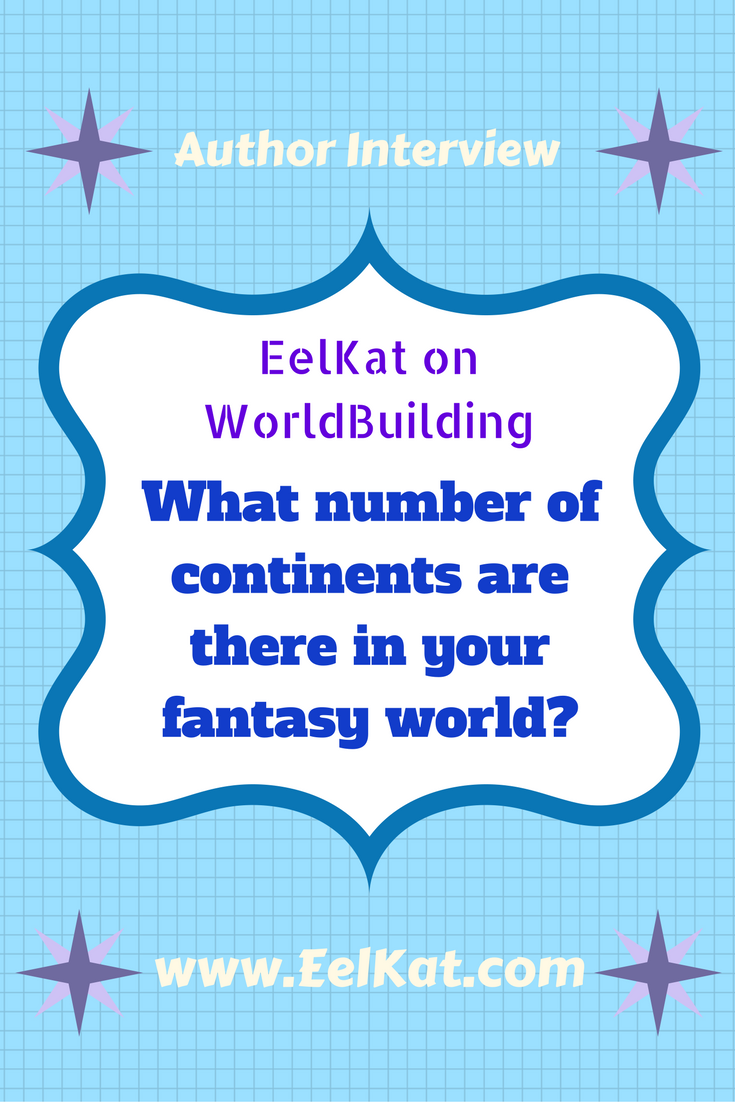 I use the background story as a reference point when writing about the group/ race/ culture. It'll list important features of their society, foods unique to their culture, harvests/ crops/ trade goods they are known for, religious practices and family traditions particular to their culture. Fashion, jewelry, home life, education style, money, creation stories, mythologies, deities, tribal customs, building materials, imports and exports, transportation, sex, food, housing, the various types of pets people have, things their people find important, things they find taboo. Any important people, leaders, wars, natural disasters, events. That sort of stuff. I'll write it up as though it were a wikipedia page for their people. This acts as my reference point while writing the novel itself. Many of the details may not be featured in the story, but the details affect the people and how they think and act.

I know when a lot of people hear the term worldbuilding they think about mapmaking and cartography, measuring the land, tossing mountains here and lakes there, charting out roads, and making sure characters don't make a move unless they stick to the drawn out maps... but... to me, that's planet building, not world building.

Worldbuilding to me is not the planet and it's landscape, but rather it's people and their society, thus, the world.

I mean, think about it... a world without a society is not a world at all, it's just a deserted planet. A population and it's culture is what makes a planet an inhabited world.

And, you as a writer yourself... how much of your map do you actually use in the story? Do you really write in detail the directions of the streets and the placement of the houses? How much of your mapmaking do you ACTUALLY USE in your written novel?

When was the last time you read a story that wrote out map directions? How boring would that even be to read?

Worldbuilding is more than building a planet, putting setting places in it, and then randomly dropping your characters inside.

Thus you see me, instead of creating a planet, rather creating societies. But then you don't see me massively building up every society either. One set of notes, may focus on the cities food culture, because in that particular story, Quaraun is looking for a place to stop and eat. Another set of notes may focus on the local cult's traditions, because Quaraun is gonna have a run in with the cult leader. In both cases, I may completely neglect to detail any other aspect of their society, because no other aspect of their society is important to the story.

In other words... I don't waste my time building intricate details that will never be used in the story. If the readers are never going to see it, then why bother building it?

You must remember, that unlike the hobby writer who will spend a decade or more writing a single novel, I'm writing a novel a month and publishing 4 a year. When writing is your job, you don't have the option to meander around, lazying your ass off creating useless nothings for the sake of filling up every corner of your world, whether you'll ever use it in the story or not. You flesh out what needs to be fleshed out, you focus on details that are important to the story, and then you move on.

Main character, Quaraun, ends up visiting a lot of cultures around the world, so I have a lot of these background story reference notebooks. He's a wandering vagabond wizard just walking around the world. Once in a while gets on a ship and crosses an ocean. Sometimes he's in deserts, sometimes jungels, but most times here's in Northern frozen wastelands and arboreal forests. The stories all deal with his personal interactions with the people he meets. He never really knows where he is, and just described the area as "swamp land" or "desert" or "on the coast" and "a small village" or "roaming tribe" a big city, etc without ever stopping to ask anyone "So, what is the name of this town/city/country?"

Elf society does not lay claim to land. They do not feel it is possibly to own land. They have no concept of territorial boundaries and naming provinces or countries or continents. Thus you see Quaraun not acknowledging the fact that Humans do these things. So again, even more lack of a need to chart continents.

Elves never developed weapons and do not fight in wars. They are generally a peaceful people living in small tribal communities. So most Elf groups are not big enough to have political leaders or governments. Quaraun comes from one of the largest Elf groups and they only had around 300 people. There's never any wars or battles or politics and such going on (well, it probably is going on somewhere, but he's no interest in that stuff, so those sorts of things are never mentioned) and as a result of this, there has never been a need for me to sit down and figure what the specific landmass variations are or what to name them.

And so, because of the way I write the novels, I don't feel a need to build certain aspects of the world, including to have not even drawn out a map of the world, thus I have no clue how many continents there are.

It's generally assumed to be a quasi-alternate earth, with similar land mass and similar history, though the races and countries are quite different, so I suppose it's logical to assume 7 continents, but it may not be. I suppose I should eventually try to figure it out. 40th anniversary of the series is next year, making a map of the world might be a good thing to do for that.