Writing Stuff That Churns My Gut

Home / About / Churns My Gut


"Help! I'm writing a world that churns my gut. Oh man. I've been wanting, needing to write this book for years now. But I've avoided it because it depresses the hell out of me.

It's post-apocalyptic. Civilization was destroyed by a scenario I find very plausible. So in writing it, I keep glimpsing a world that I'm half-afraid is gonna become real some day.

So I need to write this. But what I want to do is to curl up in a ball and rock back and forth." 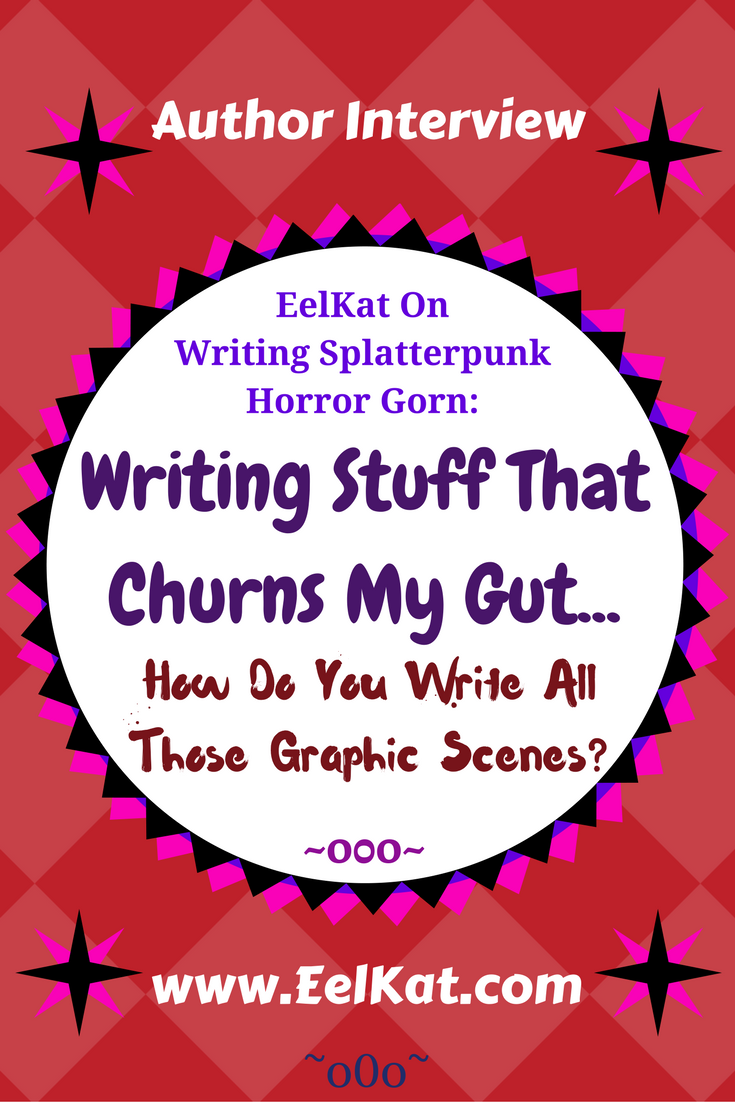 "Churns my gut?" That's actually a phrase I've never heard before. I like it. I'm gonna use it. I must have a character that I can have say "It churns my gut like butter."

'Churns my gut' kind of describes pretty well my feelings about my own writing some times. I wonder. I think a lot of horror writers feel that way about their work. Don't cha think? I hear post-apocalyptic civilization and my first thought is this sounds like horror.

This opens up the debate for: What scares my readers? & What repulses my readers? The answers are endless. One scares one reader will be seen as silly by another reader. What grosses out this reader, will be no big deal to that reader. The trick therefor is to know who your target reader is, and try to figure out what sorts of things are going to cause fear and revulsion for him/her.

Supernatural creatures (ghosts, vampires, etc) are staples of horror because a lot of people are absolutely terrified of the unknown and supernatural creates are unknown. A reader may not be scared while reading, but later that night when they are trying to fall asleep their body will be tuned in to picking up on every sound. They will not be able to sleep because of the wind, the dripping faucet, the neighbor's dog...things they hear every night and never had trouble with before. They may not believe in ghosts, but they'll hear the seagull on the roof and automatically become jumpy and nervous, heart rate increasing, and wonder for a fleeting moment if it was a ghost in the attic. This is the deep primal fears coming to play. Everybody has them. And that's what you want to work on in horror: those deep instinctive, primal fears that make you just want to hide in the closet. If you can write something that causes the reader's primal fears to surface, than you have written horror.

Horror can range for mildly spooky (Scooby Doo) to down right nerve shattering (Saw). It can be comedic (Rocky Horror Picture Show), romantic (Jane Eyre and Withering Heights), or adventurous (Anaconda or Kill Bill). It can be sneaky and psychological (Psycho or When a Stranger Calls) or it can be bold and in our face (2001 Maniacs), or it can be so ridiculous it makes no sense at all (Langoliers). It can be for children (Haunted Mansion) or be adults only (Zombie Strippers). The only common thread and of these movies has is that somewhere out there each of these movies as scared somebody. Not every person is going to consider every one of these movies horror, yet enough people have been scared of each of them, that they get shelved as horror on the sales floor, and THAT is all the really matters when it comes to genre.

Anyways... the way you are feeling nerve shatteringly terrified of your plot so much that you are afraid to write it, tells me that your story is horror. And really, what scares someone more than the unknown? That the unknown is something with a high chance of happening in the real world, of course! The world could end any minute and you want to go about your daily life, but heck if the world is about to end than why bother? But than, you've no proof the world will end soon, but you've studied the facts and the facts tell you that any number of things could end the world, right here, right now, today. The sun could super nova, the moon could crash, a comet could hit us, aliens could invade, a computer could malfunction and set off a chain reaction of Russian nuclear warheads one after another to every country in the world, a disease worse than the Black Plague could take out the population in a matter of hours thanks to hundreds of transcontinental flights each day... the list is endless, and what is more terrifying than knowing that any one of hundreds of things could result in this breath right now being your last, the last for every one on the planet?

The end of life is scary enough, but the end of all life, all at once, everywhere? It's mind-shattering or as you put it: churns my stomach. But that is what makes it such a ripe story to write about. You have a passion for this story. Not a love passion, but a terror passion. The thought of this possibility terrifies you to no end, terrifies you so much you almost can't write it, but that's a good thing, because it means you can write it with more emotional realism than say a writer who just thinks it's a fun idea to write. You'll be able to power your words with a sense of terror that draws your reader in and instills the terror right into their very soul. So write it, yes, by all means write it. This story is powerful because it speaks to your soul. I think your best bet is to tell it from the POV of a character who is absolutely terrified of what is going on around them. Write it from their perspective so you can put your own fears on the page and draw more life into the terror of the story.

The whole wanting to do is to curl up in a ball and rock back and forth, I think would go over well for one of your characters. Take advantage of how you are feeling and transmute that feeling into the character who is trying to survive the nightmare unfolding around them. I can hear one of your characters saying: "I often feel kind of isolated in my own head - the end of the world does that to you", while they are huddled in a corner rocking back and forth and being terrorized out of their mind over the fact that their greatest fears of how the world would end is actualizing around them.

This article was originally written on:

This page last updated on:

No, you have NOT reached the end of this article! What you have reached is the end of what it currently online. The rest is coming, hopefully it'll be on here in a day or three so keep checking back. I will remove this message at the same time I put the rest of it online.

As my long time readers will already know a server crash took down most of the old free-hosted site on June 4, 2013 (which was online since 1997 and had reached 6,000+ pages). Thankfully everything was saved on a separate hard-drive and the site is being rebuilt with a new host and for the first time on it's own domain. YAY!

I am currently moving all 6,000 questions&answer articles to this site one page at a time, at a rate of about 4 to 7 new pages being added each day, so be patient. Not all links are yet clickable. This process started on September 2, 2013 and will be ongoing at least through to January 2014. (And it may be well into 2017 before all 6,000 pages will be back online if I continue at this rate of 5 a day.)

Who can I contact if my questions are not answered here?