When creating fantasy wild life, remember not to go too far overboard in making them too different from things your readers can identify with. 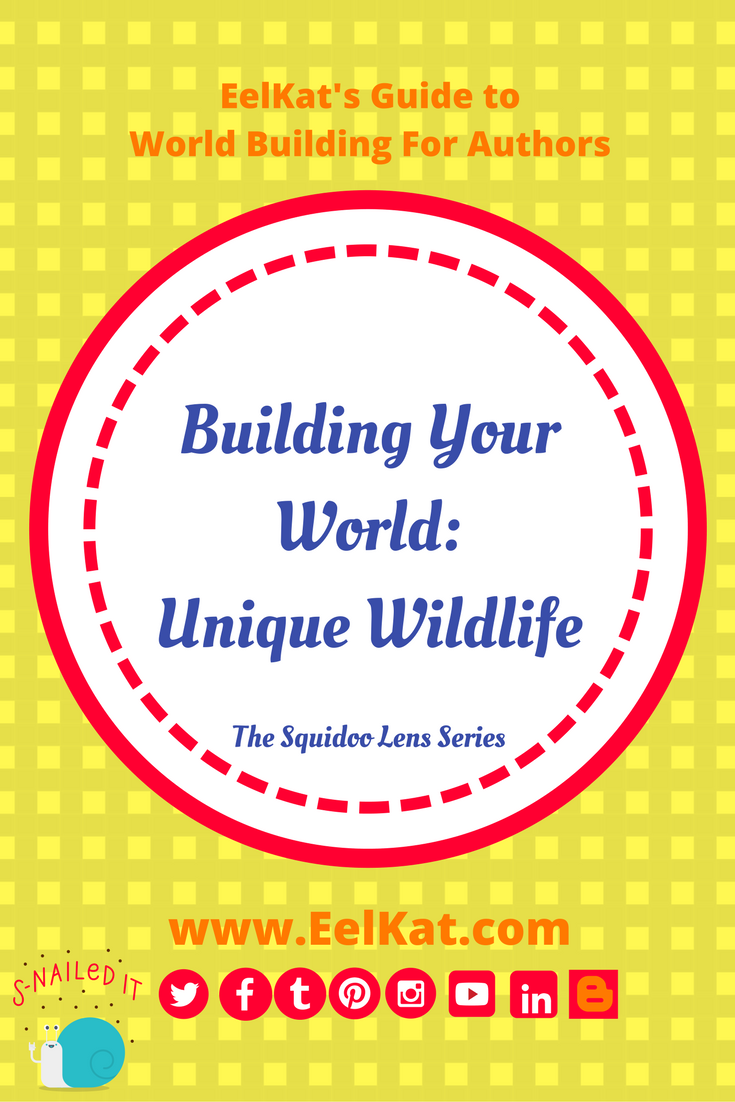 Usually I use the same basic animals only different; say the horses are shades of blue and pink instead of tan and browns.

Small things are big: say slugs grew to 20 feet instead of 5 inches. Little stuff like that.

My reason for it is simple: readers can identify the animal, as being enough like something that they can see and touch, and therefore can paste an image of in their head, while at the same time being just different enough, so as to be fantasy, but not so different that the reader has trouble imagining it in their head.

For example, most people know what a Unicorn is, And also a Pegasus, and a few might know Phookas and Kelpies, maybe, but how many know the Each-Usty?

What do Unicorns, Pegasus, Phookas, Kelpies, and Each-Usty all have in common. All are evil tricker Faeries whom spend most of their days in the form of a horse...each is from a different culture: Irish, Welsh, Cornish, Scottish, Shetland, Roman, and Greek, but all are nearly identical creatures, and so each can be described as "mythical horses"... descriptions include: "winged horse", "one-horned pony", "water horse", "magical pony", etc.

I use this example of various Faerie Horses from various cultures, because it shows you how Unique Fantasy Creatures were created by other authors. In the case of Unicorns, Pegasus, Phookas, Kelpies, and Each-Usty, each author based the fictional animal off a real world animal: a horse. By using a real world animal to base your fictional animal on, you make it easier for your readers to envision the new creature.

You always want to make things easier for your reader.

Think about the last time YOU read a Fantasy novel that featured unfamiliar creatures the author had created. Most cases you'll remember that the author said things like: "snake like" or "similar to a dolphin" or "like a jaguar" or "had fur like a wolf" or "a small cat like body" or looked similar to a horse", or "reminded her of a squirrel"...they are always short, simple descriptions, that give vivid imagery of real world animals.

The goal is to keep the reader reading: NEVER MAKE THE READER PUT DOWN THE BOOK! If they have to think too hard about what something looks like, it takes away from the plot of the story and the reader puts the book down. Keep your readers AND you fantasy creatures at the same time, by not going overboard in making them too different, too alien.