EelKat's Guide to
World Building For Fiction Writers -
What is your world like?

Home / EelKat's Guide to World Building For Fiction Writers / What is your world like? 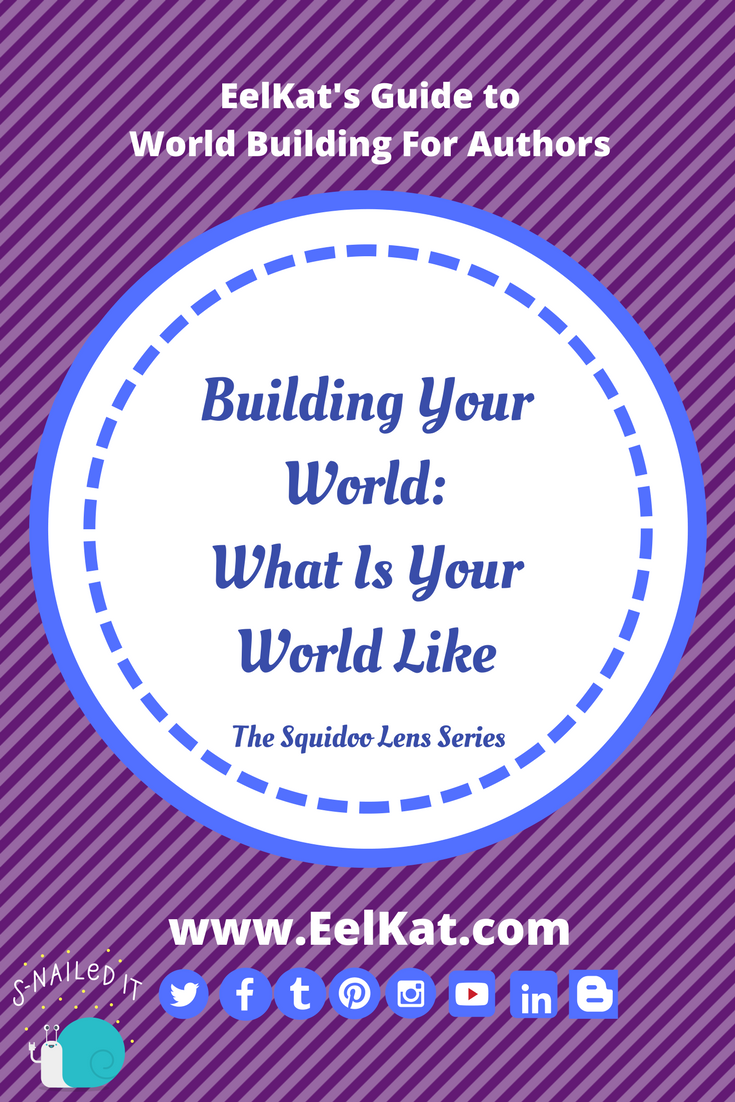 Like a villain, your world could through a hurricane at your main character and delay his journey, causing him to miss a very important meeting. Or like a great god, the hurricane could send the villains ship out to sea, buying the hero his much needed spare time to escape. When creating your fantasy world, think of it as though it was one of your main characters. Think of all the ways it could affect your characters, both the good ways and the bad ways, and how it will affect both heroes and villains.

The questions in this section could apply to your entire planet, or just one city... your world, your choice.

This article was originally written on: April 2006

This page last updated on: November 2013

No, you have NOT reached the end of this article! What you have reached is the end of what it currently online. The rest is coming, hopefully it'll be on here in a day or three so keep checking back. I will remove this message at the same time I put the rest of it online.

As my long time readers will already know a server crash took down most of the old free-hosted site on June 4, 2013 (which was online since 1997 and had reached 6,000+ pages). Thankfully everything was saved on a separate hard-drive and the site is being rebuilt with a new host and for the first time on it's own domain. YAY!

I am currently moving all 6,000 questions&answer articles to this site one page at a time, at a rate of about 4 to 7 new pages being added each day, so be patient. Not all links are yet clickable. This process started on September 2, 2013 and will be ongoing at least through to January 2014. (And it may be well into 2017 before all 6,000 pages will be back online if I continue at this rate of 5 a day.)