Back again, from the NaNoWriMo forums to copy my post from there to here, answer the question: When writing about winter, where does your inspiration come from?. 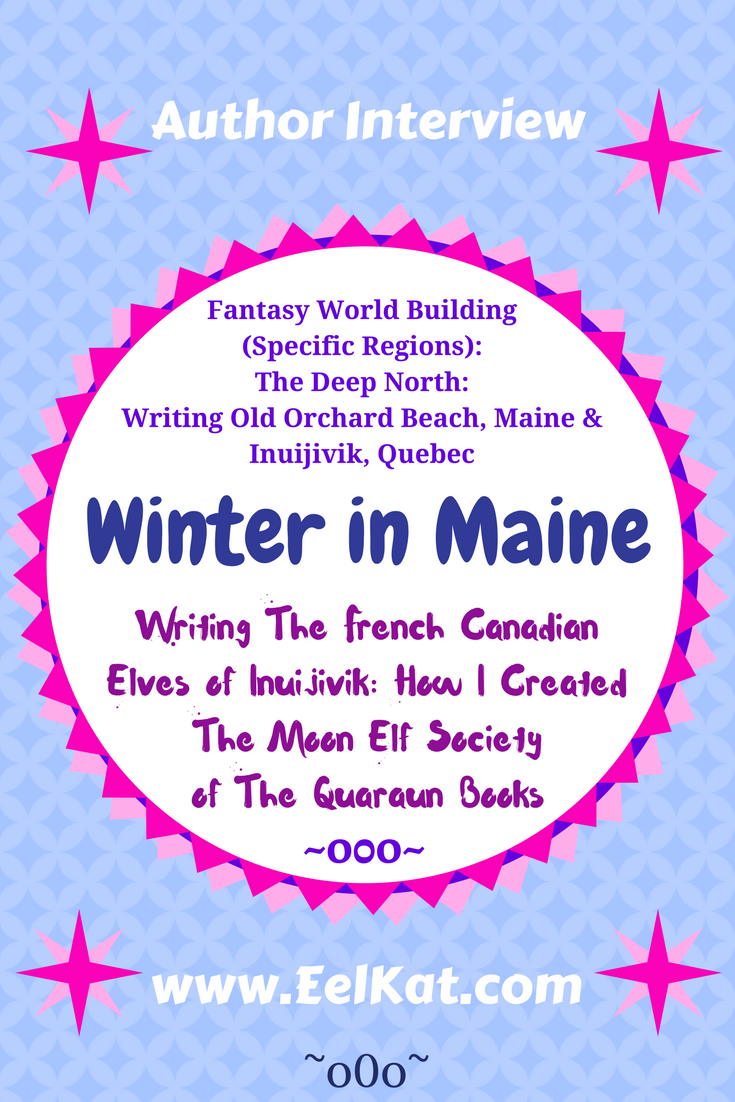 So hot sunny August quickly went by, followed just as fast by September. No, almost. Something happened this year, something rarely seen. Something that threw a plot right in my lap, complete with characters. You see, I'm a farmer in a tourist town on the North Atlantic coast. That means winter comes fast, and summer is fleeting, our growing season is short, barely a 100 days long even in our best years, and when tourists hit the beach, they hit it all at once on one of the few days that we get each year without snow.

We start planting in May (providing the snow has melted that soon) and we hope we can get everything harvested before mid October when the first blizzard season of the winter starts. (Our "big" blizzards of February, make our much smaller four foot blizzards of October look like a dusting.) Our town has a strange meteorological phenomena caused by the extreme cold winds that blow in off the Gulf of Maine and get trapped in Saco Bay. While the rest of the Southern Maine's growing region is listed by the weather services as zone 5, here in Old Orchard Beach, we have a zone 4 growing season most years, and a zone 3 season in the colder years. Our summers rarely reach 70F and our winters commonly dip to -20F.

Wind chill factors bring our temps to -40F from December to February. It's like somebody cut a piece out of Alaska and dropped in next door to Portland just to be funny. (Yes, mini icebergs have formed on the shores of Old Orchard Beach - it's rare, but it has happened.)

Why we get this extreme cold while the rest of Maine does not, has been explained by weatherman as having something to do with the way Saco Bay is shaped. It's shaped like a horseshoe with a very small opening, which let's the wind in off the ocean, but then traps it there holding the cold air in, all year long.

This year, has been abnormal, even for us. In 2009 our growing season started late - it was the first week of June by the time the ground had thawed enough to plant - a result of heavy rains the fall of 2008, getting frozen deep in the ground just before a blizzard that hit us in mid October that same week.

In May 2008, when most of the country is buying bathing suits and laying on the beach,  we still had snow well over a foot tall covering most of our garden plot. This was highly unusual, because by May first we usually have the ground tilled and planted. Our growing season lost a whole month this year.

Usually when we have a late spring, we also have a late winter, so our growing season stays about the same. That is what we expected. Therefor, in August when I started planning my NaNoNovel, I did not plan on an early winter to take us by surprise.

Second week of September 2009, after a night of Tweeting about my undead circus ideas, we awoke to find an alarmingly early frost had snuck in during the night and decimated our crops nearly 4 full weeks before harvest time!

To make things worse, the early cold, drove fish deep into the sea to escape the cold blasts on top of the ocean - meaning not only did farmers lose their crops, but fisherman lost their hauls as well.

To go one step farther - in mid-September our tourist season is not yet over. Palace Playland (the beach side amusement park) is still open and running, ice cream and pizza shops are still open, bikini clad tourists are still shopping, - the early cold front chased all the tourists out of Maine, forcing the rides and shops to shut down early.

As is normal for winter in Old Orchard, shops are boarded and shuttered, buildings are empty and the few of us that stay in this cold icy town year round, are once again living in a ghost town - a full two months earlier than normal!

And while normally I would complain at this early arrival of winter killing crops, chasing away tourist income, and driving me indoors to flee the harsh cold ocean winds (you know, before a bomb blew up my house in 2006, so now I live under a 8x6 tarp) - this could not have happened at a more perfect time! 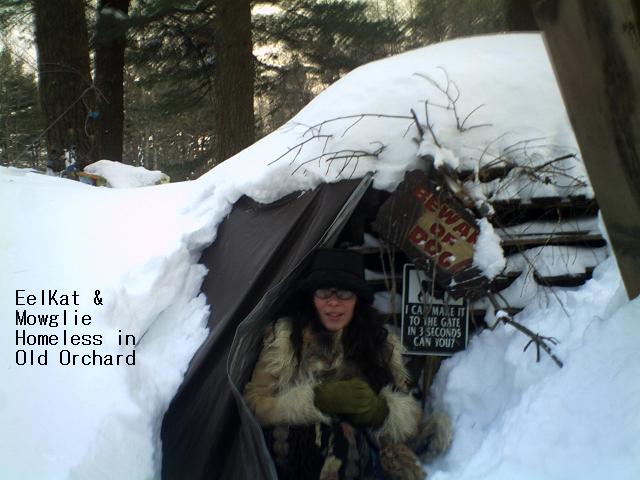 I had my creepy circus to write about, but no reason to write about them, no reason for them to be creepy, and more importantly, I had no characters to write about. November is fast coming upon us and I still had no clear idea what I wanted to write - and than this happens, and suddenly, riding in on an ocean breeze, everything makes perfect sense to me now - the story, the plot, where the circus came from, why they are here, what they want, and more importantly - who my main character is whom is leading my creepy circus onward: Jack Frost.

Of course, weird way our seasons are, this freak frost only lasted 2 days and than our weather went back to normal for this time of year. It came just long enough to kill crops, ruin fishing, and chase away tourists, leaving our town a ghost town. Oh well. In any case, it lasted long enough to give me a plot idea.

Look out! Look out!

Jack Frost is about!

He's after your fingers & toes!

In my next post on this Squidoo Lens I'm going to bore you a bit with some random history of Jack Frost and my own connection to him. Why? Well, because this lens is for brainstorming for my NaNoNovel and what better way to do that than to randomly chatter about the history of my main character? So that's what I'll be writing for you tomorrow. See you then!