So, now I'm creating topic pages, which will contain this links to the pages, and I'll just link to the topic pages in the navabar instead. Hopefully this system of indexing the pages will make it easier for you to find the pages you are looking for.

How To Build A Magic System

As you know (or maybe are just finding out?) I am an author and my primary genre is Fantasy. That means I've got a lot of articles and videos on the topic of writing Fantasy novels. 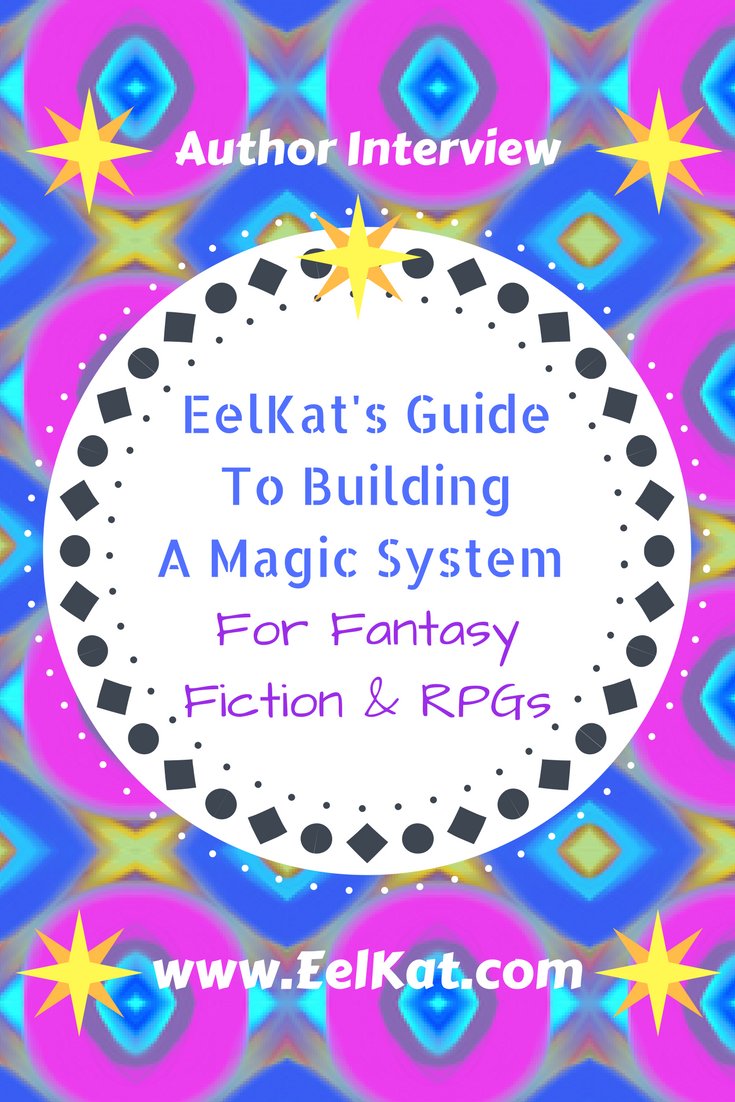 Well, one of the primary components of the Fantasy genre is the use of Magic. While not all Fantasy has magic and most of the novels, novellas, and short stories I write, do contain magic on some levels.

Most of what I write is a "Low Fantasy" style magic, where magic is similar to our real-world magic. As in, most people don't believe it exists, and the few that do are seen as crazy, by the general population.

The primary difference between the fiction I write and the reality of real world magic, is that in the Quaraun series, magic actually does exist and the people who use it really are crazy, because the use of magic slowly drives them insane as magic was not meant to be harnessed and used.

And thus, you have characters who get bullied by non-magic wielding folks, and magic users with unsavoury labels slapped on them by said bullies, resulting in characters with names like:

Quaraun Swanzen is his real name, and he hates being called "The Insane".

GhoulSpawn's name is less fortunate. His real name is Gremoshe Liore, he prefers to go by Glintar, but he is a half-Elf who is half-Demon, and so in his case, the derogatory hate term "GhoulSpawn" (meaning half-Demon) is slapped on him, along with the label "The Crazed."

Quaraun is a Necromancer who uses DiJinn magic, while GhoulSpawn is a Sorcerer who uses Chaos Magic. Their companion BoomFuzzy the Unicorn is an Illusionist who used Candy Magic. In the end, most of the magic systems I build revolve around these 3 wizards and the types of magic they do.

In any case, I've written several articles on how I built the Magic System of the Quaraun series, if you are interested in learning more about the series or seeking info on how to build a magic system for your own novels, then, the links below are the ones you are looking for:

Articles About Creating A Magic System For Fantasy Novels & RPGs

Novel Excerpts, Featuring Scenes With My Magic System (From The Quaraun series) In Use...

So that you can see the Magic System mentioned in the previous articles in action, here are excerpts and sample chapters from the novels.

NOTE: While Quaraun is the main character, the series told from his PoV, and technically he is the "hero" of the series, he is in fact a "super villain" archetype, and is seen by the majority of society as the evilest of all evils to ever walk the face of the Earth.

If you were unaware of what the series is about - it's the story of his life, how he went from a kind hearted loving Elf, to become a mass murdering serial killer.

We are going to be moving all my articles from "The Sea Witch of Old Orchard Beach" and the "Grey Witchcraft" websites over here to EelKat.com soon and when I do, I'll list them here on this section as well.

While not focused on Fantasy World Building and creating fictional stories for novels, they do detail real world magic arts and can be used as a reference source for writing Fantasy magic systems.

Those articles will be added to this list here:

Videos About Creating A Magic System For Fantasy Novels & RPGs

It occurs to me that I have videos on how to write magic for wizards as well.

I do daily vlogs, most of them deal with topics related to writing my novels. So, I guess I should link to those here too.

More Videos, Somewhat Related To Magic Building, But Not Quite, Though May Be Helpful

And here are more videos that deal with writing Fantasy novels. Not specifically magic related, but on that same slant, so I'll put them in this list as well, as you may find the info helpful when it comes to designing a magic based world of wizards and Elves.