Now here's an animal that you don't see too often in fantasy books: insects. You know what? That is just wrong. Why? Well, nine times out of ten, fantasy characters are either out in the fields or out in the woods, and you know what? Cutting hay in the fields by hand is murder, because every swipe of the scythe stirs up yet another swarm of black flies and mosquitoes. Even worse is when you drive you scythe straight through a hornets nest. How do I know this happens? Because once upon a time I owned a horse and I cut her hay by hand. (Yes, I don't just dress in Medieval gowns, I also live in a very Medieval lifestyle as well, that's how I can write Medieval style fantasy so well: I write what I know, I write what I do.) 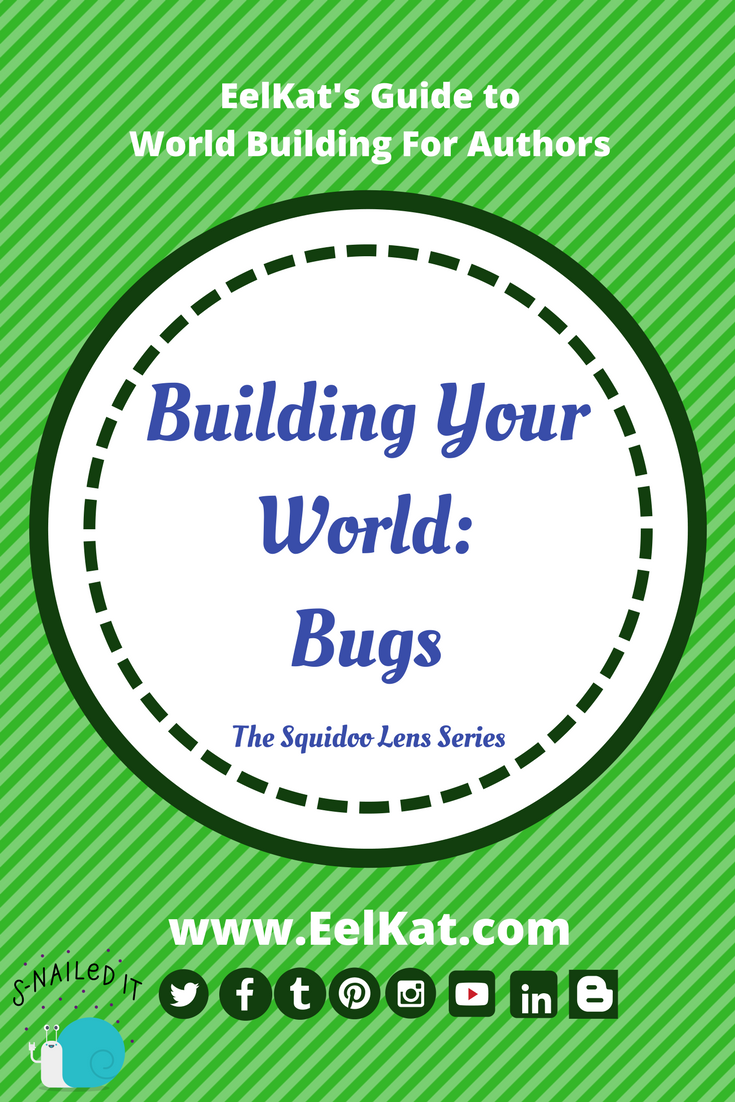 Worse than the fields are the forests, esp as you start getting closer to water. Bugs will drive you batty. They don't give you a break. They cover you in an instant. Sleeping on the ground in the forest at night is dangerous. You MUST keep your skin covered at night, otherwise you'll wake up in the morning with huge red welts all over you hands, feet, and face, because the mosquitoes covered you during the night. Been there. Done that. Painful. Not fun. Don't try it. Don't let your characters try it either. Sleeping unprotected from bugs in the woods is the biggest mistake fantasy authors make. Buggless woods is probably the worst of the fantasy cliches and yet no one ever mentions it!

Another thing to note: Have you ever walked in the woods? Leaves are slippery. Leaves hold water between them. You step on leaves and you are liable to go flying on your butt. The fall is not the worst of it though. The slugs are. Because the leaves are wet, slugs nestle up between them, making the fallen brown leaves more slippery than a sheet of polished ice. Slugs are slippery. You step on a slug, they squish. You step on a wet leaf on a slug, the leaf goes one way, you go the other, and now you have squashed slug on your butt, on your back, and in your hair.

Where there is one slug, there will be hundreds. They'll all be hiding under the leaves, and you probably won't see them while you are waking, but when you fall, you'll land on them, and you'll know it.

There's nothing like spending an hour by the creek, trying to wash orange slug slime off your cloths either.

And yet, how often do fantasy stories ever mention this off forest wandering phenomenon?

Because the author did not live in the forest and had no way of knowing that this happens. I live in the forest. It doesn't happen to me, because I've learned (as does every one else who lives in the forest) to control my balance like a ballerina. If your characters live in the forest, they will walk with a light step to avoid a tumble when stepping on slugs. If they have never walked in the woods before, they will fall a few times at least.

Maybe adding bugs to your world is a bit too detailed for you, but hey, the real world has bugs, so why shouldn't a fantasy world have bugs too?