For many fantasy stories the landscape plays a major role. If it looks like earth, you will have a mixed set of realms in your world: deserts, swamps, forests, fields, jungles, seasons, warm, cold, everything all mixed together on one planet. With a world similar to Earth's you won't have too much to do. 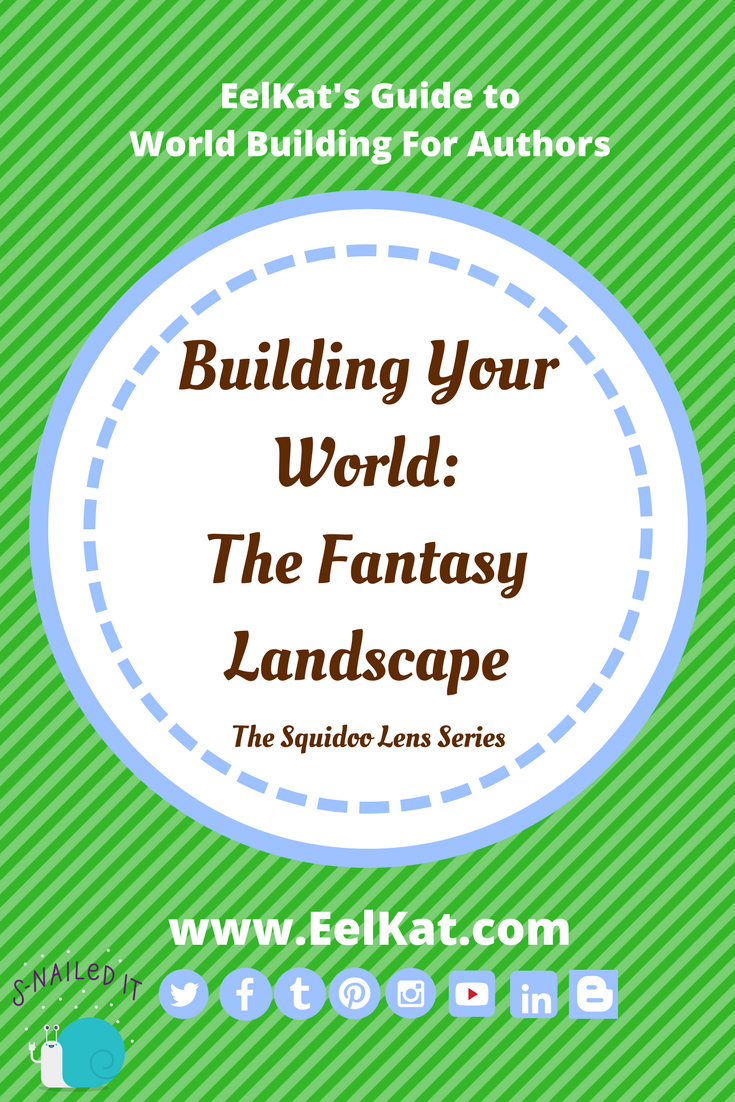 You won't need to design atmosphere or create new types of animals. You won't have to study biology to figure out how it is your characters are able to breath on a planet without oxygen either. The closer your world and its inhabitants are the being like the earth, the less work you have to do it the whole creating a fantasy realm process.

Some authors prefer to use an alternate earth. Everything being the same as we know it, just continents moved around and renamed.

Others prefer to start from scratch and create an entire planet from the ground up, and write out detailed graphs about everything from soil composition to the DNA of the faeries.

Most authors, seem to do a blend f the two, and take a realm that is almost the same as Earth, and through in a few writer created plants and animals along with the usual cast of fantasy creatures: elves, dwarves, etc.

What you do and how you do it it totally up to you. There are no right or wrong ways of creating a fantasy world.

Be sure you know your landscape and how is will effect your story, before you send your characters out into it. And you know what? No one ever said you had to create your world all at once either! Writers who write in a *universe series* spend their entire lives expanding their fantasy worlds. (A universe series is a series of stories that all take place in one fictional universe, even if the characters are not the same in each story, the fantasy world itself is always the same.)

I was 3 years old when I created my first fantasy realm. I have no idea where I got the idea for each of the planets or how it was that I came up with their names. By the time I was 8 however, I had each of the four base planets for my universe mapped and charted. Since than, I have not created any new worlds, only added to the ones I already had. Because I have 4 full sized planets, each fully inhabited with multitudes of races, I may very well me the rest of my life exploring it and finding out just exactly what everything is in it. That is the beauty of creating an entire solar system with inhabited planets. You become the explorer and you (the author) gets to spend years *traveling* through your planets *discovering* all sorts of new things and of course new stories.

Personally, when I am creating (or rather expanding) my fantasy realms, I like to pull out huge atlases, elementary school science books, encyclopedias, and museum coffee books. From these I have a huge stock of photographs of our own earth and all of it's wondrous lands and cultures. Pouring over the pictures in these books sparks all sorts of ideas about new *discoveries* I can find in my own realms. When it comes to creating a fantasy world, there is nothing better than looking to our own world for inspiration.