Water is a part of your world's landscape, but it deserves special consideration on it's own, because water is very important to all forms of life. Where there is water there is life. Without water there can be no life. 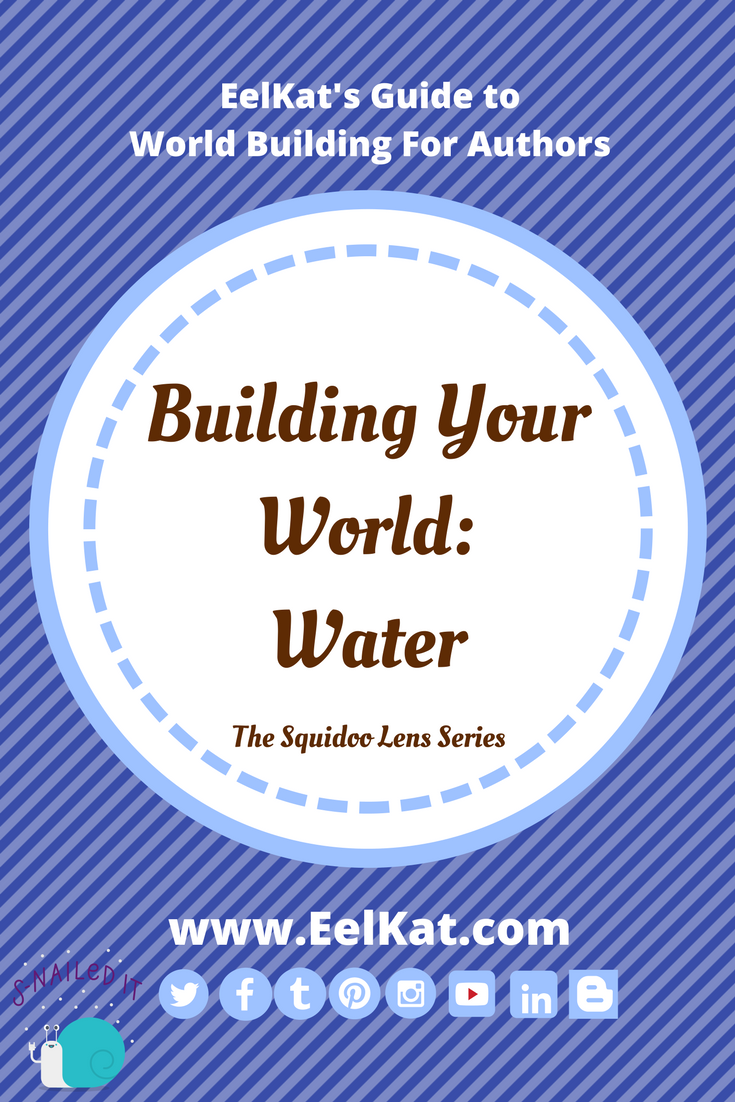 A realm without water, has to explain how it can sustain life in either a very scientific or extremely magic can to anything manner, otherwise no reader is going to believe that life can exist in a realm with zero water.

Did you ever look at a population density map? The areas in green means there is little or no population there, while the areas in red mean that place is extremely compacted and over populated. Orange and yellow areas cover the spot between the red and green.

Looking at one of these maps you will quickly notice a pattern: dessert, Savannah, and tundra areas have little to no population, while lakes, rivers, and coastlines all have red spikes.

People are attracted to water.

Make sure when creating your fantasy world you take this fact into consideration, because real or fictional, people are always going to settle down in a place where they have access to a good water supply.

Since the 1940s, meat has moved front and centre into the primary staple of most modern diets, and because of this, few authors consider the fact that BEFORE the 1940s, meat was scarce, rare, and difficult to come by. Large scale farms producing meat, would not be invented until the 1950s. Before then, if a farmer had livestock, it was not for meat production: cows and goats were for milk, chickens for eggs, horses and ox for plowing and transportation, and pigs... pigs were an evil taboo that no Christian, Jew, or Muslim would dream of touching, considering the Bible, Torah, and Koran all commanded not to even look at, let alone touch a pig, and eating a pig was a one way ticket to hell on many levels... all three scriptures put eating pig as a worse sin than murder - a murderer can repent, eating ig, was absolute blasphemy. Few modern Christina even know what the Bible says and even those that do rarey obey it, so today only Jews and Muslim avoid pig, thus modern authors forget that from Bible times until the 1940s Christians also did not eat pig.

In the 1300s, chickens were so hard to come by that merchants sold them for 130 silver coins - the 2017 equivalent of $1,000. Even kings could rarely afford to buy a chicken. It was because of the exorbitant price of chicken, that mythical tales of golden eggs surfaced.

What does any of this have to do with water?

In Bible times, in Medieval times, and all other times right up to the 1940s... fish was the primary staple food of most populations. And this was a major factor in WHY such huge populations/cities rose up around so many rivers, lakes, and bays.

For most of the world, rice was and still is, the most important staple of diet, and rice grows under water. Rice can only be grown in flooded fields, river deltas, and estuaries.

Papyrus (paper) until recent years was made out of tall swamp grassses including papyraus, pammus, cattails, and reeds. Wood did not become a popular paper making material until the 1700s when mils began to surface more often. These plants only grown in water.

Wheat, corn, rye, and oats are all primary food staples, all require irrigation to grow, and a large, fast river to power the mill wheel to turn the grind stone to produce the flour.

Without water, humans have no fish, no grain, no paper, and no flour; and while people can survive without paper, for centuries it was not possible for humanity to survive without fish and bread, the two food the formed the near entirety of the Human diet for almost 4,000 years.

Perhaps all of this is a history lesson you did not expect to find here, but remember, the goal of all of this is to create a believable fantasy world for your characters to live in.

All too often I fins myself reading novels where the author took no consideration for how the land affects the people.

Even people who live in a forest, live near a creek or mountain stream, people in deserts seek out oasis to live on. Always near water. Always.

And yet so rarely does an author locate their characters near water, making the story incredibly difficult to get into, because of the extreme unbelievability of where the characters live in relation to their world..

Water brings life, and it takes it. Water is beautiful and deadly.

Writing about water can evoke peace or dread. The quiet ripple of the ocean can lull you to sleep, while it's crash waves can shatter your skull on the rocks.

Water is one of the few things that can so deeply effect so many things and evoke such a wide variety of emotions.