Today I'm responding to random senseless bitchiness I found in comments on YouTube...

For those who don't know, this is Mark Fishbach, aka Markiplier. He was diagnosed with ADD as a child, and has been on medication for it throughout his life (and still is). Over the years he has done many videos to help spread awareness of what it is like to live with ADD. This is one of the many videos he has made for that series.

He is someone whom uses fidget spinners as part of his treatment and made this comedy skit video to try to explain to people what it is like for him.

Within minutes of it's release, it began to be attacked viciously in the comments, with people (who clearly are unaware of who he is, what he has, or why he makes this series of videos) spewing toxic hate for anyone who has ADD.

It is now 2 month's since the release of this video, and it has now received 10s of thousands of hate comments.

Lily Porfert2 months agoI have 1 spinner and one cube. They help me with anxiety and such because I have Tourettes Syndrome and OCD. Both severe. The cube is my favorite, the spinner is ok but still, I mean like... oh god... there is one kid in my class who has I think around...17...? Oh, what's the use of all of these? Also, this video made me laugh like hell, thanks for brightening my day, Mark.﻿Reply 152    ▼

Nightcore Queen of Darkness1 month agoNathan Storey they do help cause they are focusing on another thing which makes them calmer..﻿Reply 1    ▼

Nathan Storey1 month agoNightcore Queen of Darkness Prove it. They are just fads. Am I supposed to believe that this many people have adhd?﻿Reply    ▼ 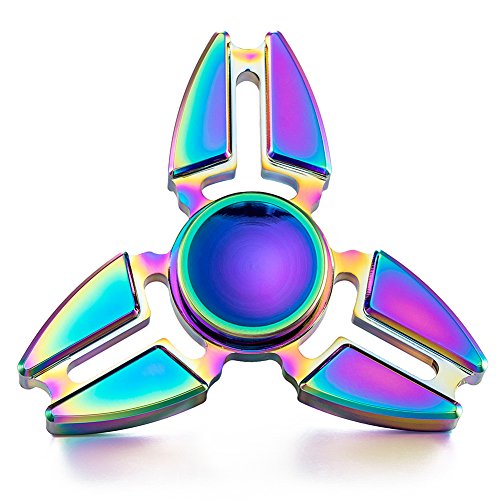 Nathan Storey - it's not that spinners "help" with a cure or anything like that, and they may not help every one either; me for example, I have Autism (ACTUAL Autism aka Kanner's Syndrome, which is dramatically different from and no way related to Aspergers; I'm in my 50s and still need care takers to help me do almost everything)...

Because they make a whizzing noise, like a mosquito/fly/bee buzzing sound... thus spinners actually make me WORSE not better.

The idea behind a spinner is for the patient to have a focus object, that they "become fascinated" with to the point that it put them in a calm euphoric state of mind, thus allowing them to relax and not be having outbursts or panic attacks.

They are not just used for children, they are also used for women rape victims and combat soldiers, both of whom have PTSD.

However, spinners are not the only type of focus object. A more common one is squishies/stress balls, also beanie babies, glitter wands, mermaid sequin pillows. Etc. There are hundreds of different types of focus objects. Spinners have just become the "popular" ones of the moment, thus have become a fad.

What you are seeing is a toy that is used by doctors to help patients, but at the same time it is still just a toy, so in addition to adhd patients with actual PRESCRIPTIONS, you are also seeing people who are just playing with it because it's fun.

And yes, I said prescriptions - someone who is ACTUALLY using a spinner because their doctor said so, will also have paperwork from said doctor to show at schools... no paper work from a doctor, then your teacher can, will, and should take the spinner away during class.

Next time someone tells you they are using a spinner because they have adhd, all you have to do is ask for their doctor's notice paperwork to prove their doctor really told them they needed it.

If they don't have the paperwork, then they are lying to you and their doctor did not prescribe a spinner as a treatment.

It's as simple as that.﻿

Where to find more info on Fidget Spinners