any advice for physical description of characters. particularly faces

any advice for physical description of characters. particularly faces from writing

>>for example this girl a model i found while searching for some one who would look similar to one of my characters , i tried looking for information on face shapes but i can't tell if this is heart or oval. https://i.imgur.com/zN5Rudw.jpg 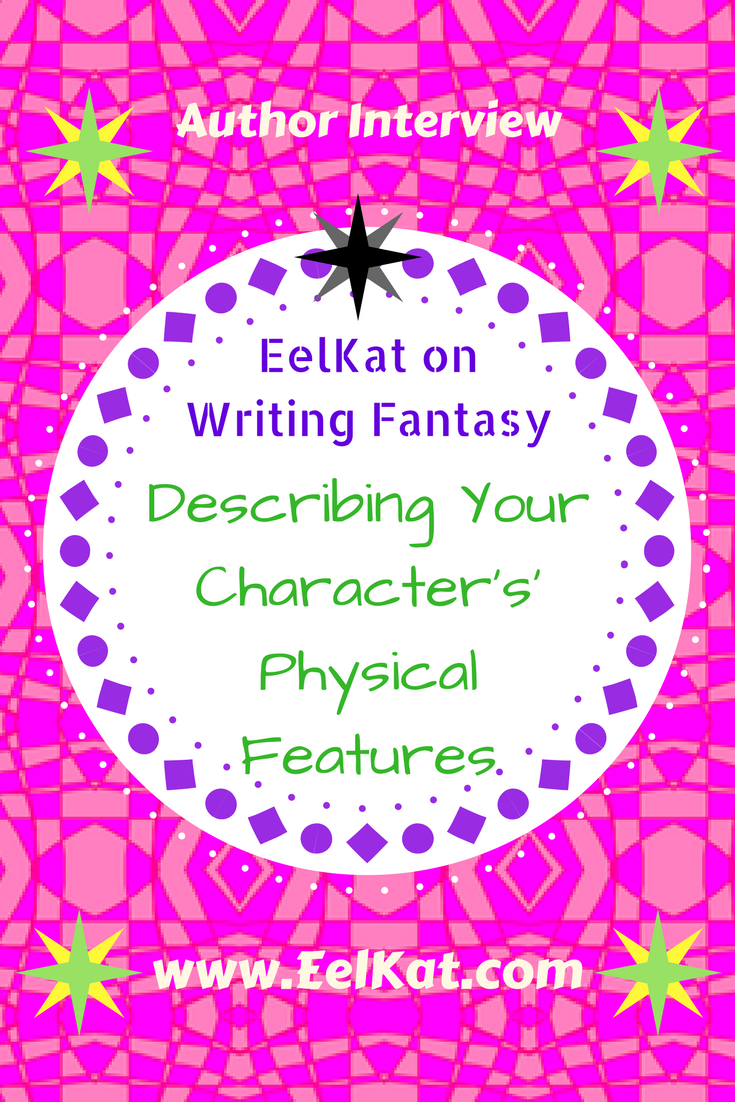 Her face is neither heart nor oval, it's oblong. You would learn stuff like that in a portrait drawing class (at a community college).

I would describe her thusly:

"The kid was a young girl with an angelic child-like face. Wide innocent brown eyes. Heavily freckled nose. A California bleach blonde whose dark eyebrows give away her true hair colour. Large pouty lips, and a whisper of blush against milky porcelain skin. Her long hair flowing like a waterfall over her bare shoulders."

>>i'm mainly confused on how one would describe faces.

I'd also more likely say things things in character dialogue, not in description.

So a character would say: "Here, give this not to that kid over there."

"Which young girl, there are several of them there."

"The one with the angelic face, puppy dog brown eyes, freckled nose, and golden hair flowing down her shoulders like a waterfall. She's hot. I want to get to know her."

"Her? Are you kidding me? She's what, like twelve!"

"She's an angel. Look at that porcelain skin."

"Look at her hair. Bleached blonder then a California surfer."

"No with those black eyebrows."

The conversation, describes her, without any need for descriptions.

The terms "kid" and "young girl" and "child-like face" and "wide innocent eyes" clue the reader in on the fact that she's a child, possibly as old as a teenager, maybe, but certainly not an adult or a woman.

Comparing her unnatural hair colour to her natural brow colour also implies youth (most women bleach their brows as well, so as not to hint to their dyed hair, a teen generally would not think to do that; woman who don't bleach their brows do it to try to look like a child.)

Skin, hair, and eye colours, shape of lips, and style of hair is all that is described.

If she was tall or short I would mention it, but if she was average height I probably wouldn't mention her height.

Unless she was very overweight or very underweight, I wouldn't mention her body size, and even than I'd only mention it through other character's dialogue and not in a description.

For example, I'd show her insecurities about her weight, by having a character call her:

"Piggy" (if overweight) or "Twiggy" (if underweight) and then focus on her reaction to these words.

If she was a strong personality, I'd show her standing up for herself against the bully. If she had a low self esteem, I would show her running to her room and crying, etc. Followed by her either binge eating or binge dieting or other reaction, which would show her upset about how others see her weight. But I'd never say how much she weighed.

A girl who used to be fat but lost the weight, might still be bullied.

"You used to be Piggy and now you are Twiggy."

And if she had a strong personality, I'd have her yell back:

Doing something like this avoids boring descriptions, gives the reader a general idea of body size, and more importantly, shows the reader her personality and how she handles herself around bullies.

I find it is better to pepper character dialogue with descriptive details, rather then bog the reader down with long descriptive narratives.

In the Quaraun series you see the descriptions of most characters being very vague allowing the readers to see what they want to see. By doing this, you let the reader identify with the character, by letting them think the character has the same body type as them (the reader.)

In the case of Quaraun and Unicorn, their heights are both said, because it is important to the plot.

On the other hand, it is never said how tall GhoulSpawn is, only that he he quite a bit taller than both Quaraun and Unicorn, and often is said to be taller than Humans they encounter. This means he is likely to be around six feet tall.

In the case of GhoulSpawn it is enough to know that he is taller than his companions. His height is not important to the plot, other than for his simply being taller than Quaraun. 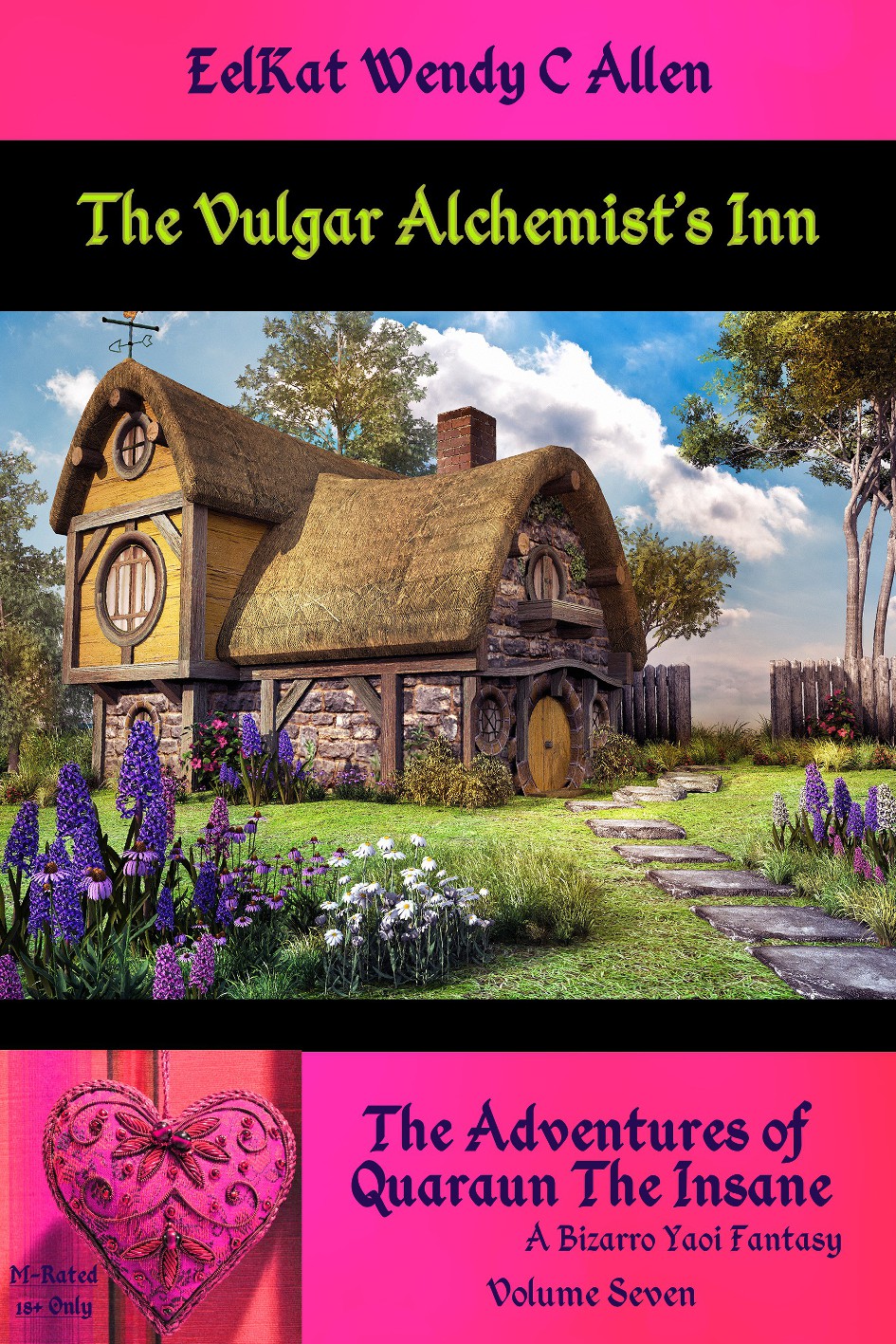 In most stories you see no mention of how much the three wizards weigh.

However in The Vulgar Alchemist, Unicorn becomes serious wounded, resulting in infection, leading to him nearly dying.  At the same time he becomes very depressed and refuses to eat (something he does frequently, when upset, but in this case he goes extreme with it).

In this particular story, Unicorn nearly starves to death, losing most of his body fat. Quaraun leaves, thinking he's left Unicorn in the care of 2 good friends. Not aware that they do not like Unicorn and neglect his health.

When Quaraun returns he finds, Unicorn on his death bed and the dying Phooka is described as having lost most of his body fat and muscle, being reduced to a near skeleton.

There are instances when Quaraun's weight is described, but minimally.

Early in the series, Quaraun is described as "thin", "skinny", or "boney". These descriptions are said by Unicorn during conversations.

He says things like: "Me skinny lil, Elf" or "Ya needs to eat more. Put some fat on thems bones."

Unicorn is a chef, and starts making a lot of fattening food, with the goal of fatten Quaraun up. He starts drugging the Elf's food to get him addicted to it.

As a result of Unicorn's method of overfeeding Quaraun, you see Quaraun described in later novels as "chubby". You also see Unicorn slapping Quaraun, pinching him, and "squeezing his belly fat".

You see over the course of the series, Quaraun go from a young, very underweight adolescent, to an old heavier set wizard, with him slowly gaining more weight the older he gets, but this never described in the narrative and only Unicorn's dialogue to tell the reader this.

Their faces, are never described though.

No mentions of the shape of his face is ever made. There is really no reason for it.