How to write about angels?


How to write about angels?

How to write about angels? from writing

>>Anyway, I was thinking of writing a book about angels on earth, and when I really started thinking of scenes in my head I got a little stuck, mostly with human interactions. 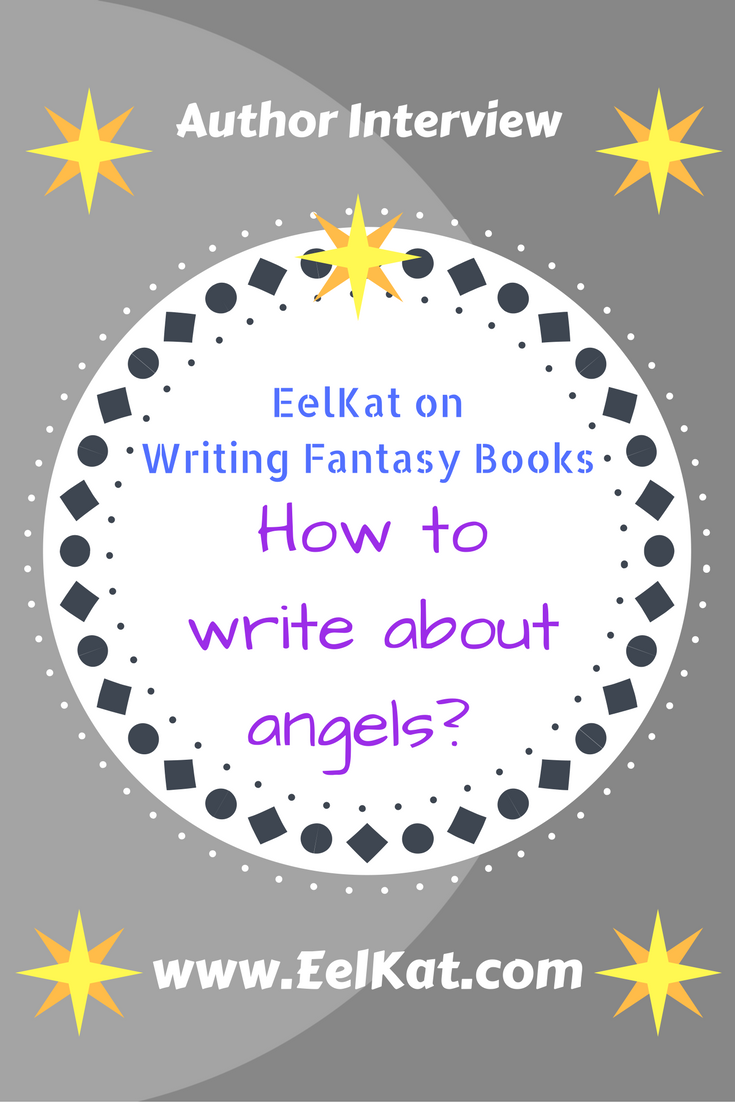 If I was going to write angels, the way I would answer these questions in my own novel series (which features an Elf wizard and his chef Unicorn as main characters in an alternate earth dimension), would be...

>>For instance, if two angels walk into a bar do they sit down?

Probably. They'd also probably draw a lot of attention and raised eyebrows as angels in my series, are kind of stuck up jerks... very much the dumb surfer body builder type of guy. Big and well muscled, and strutting around butt naked. Partly because they have 10 foot tall wings which make it difficult to wear cloths and partly because, why wear a loin cloth when you could show off your great junk?

They'd be more likely to jump on stage and start pole dancing instead of sitting at the bar. It'd probably also be a gay bar and they'd likely be trying to pick up a few submissive bottoms for the night. Willingness optional. Angels tend to be wanting someone to rape, so the less willing the bottom is, the better in their minds.

>>Couldn't a human sit on them?

I couldn't stop laughing when I read that. Because angels in my series, WANT someone sitting on their laps.

I think you must have meant, like them being invisible or something? Not in my series. Angels have rock hard solid bodies in mine.

>>Would alcohol affect them?

In mine, it takes longer to affect them. They can drink more then humans can before it does anything.

which is why I thought I should tell you how I deal with angels in my own series, seeing how it's a type of angel not often seen and shows you there are MANY ways to use angels in your books. The sky is limited only to how you want them to behave.

>>but I'm stuck on these little details. Any help or ideas would be greatly appreciated.

It's a Wonderful Life

Touched By An Angel

All 4 of them feature an angel that came to Earth for one reason or another.

In It's a Wonderful Life, a man attempts to commit suicide, only to be rescued by an old drunk man. The 2 men have a lengthy conversation about how the world would be different had the man never been born. At one point the two men are in a bar. The man yells at old drunk who saved him, and everyone in the bar assumes the man is himself drunk. It's at that point that he finally believes the old drunk man really is an angel in disguise, sent here to help him find a reason to live, just like he had claimed. In this case the angel appears as an unlikely and an angelic figure who could only be seen by the one man he was sent to help.

Dogma takes a different take on angels. (The movie is VERY NSFW, very vulgar, and EXTREMELY sacrilegious making fun of religions, if that sort of thing bothers you, you might want to not watch it). In this story, God has decided to visit Earth, becomes a human, but get injured, suffers from amnesia, and it's up to his commanding archangels to find him and get him back in heaven before it's too late. Metaton (played by Alan Rickman) is sent out first, but he becomes depressed, heads to a bar to get drunk, then discovers he can't get drunk, which makes him more depressed, decides sex is the answer, but angels are castrated so, sex is out, now he's suicidal, but he's an angel so he can't die. Everyone can see him, but no one believes he's an archangel, they think he's just crazy, which makes him even more depressed.

With Metaton gone off to sulk in ever increasing depression, Michael and Gabriel head to earth to look for God, only to discover that the Human race is an infestation of evil, so, enraged by the sin they find everywhere, they declare Armageddon, strip off their clothes, sprout huge wings, draw their swords and go off on a mass murdering serial killing spree --- this results in their feathers dropping off with them losing feathers for each human they murder, until their bloody wings are featherless.

Touched By an Angel is about an angel who has never meet humans before and as part of her schooling to become a higher level angel, she is given quests. Each week she is given an assignment: a specific human, who is in trouble, a good person who has made bad choices. Without telling them what she is, she must befriend them and change the course of their life by helping them make better choices. To do this, she must herself become a human so that she can feel emotions and live through suffering. She could eat and drink and sleep, just like Humans.

Every episode features 2 other angels: her teacher and Death. In earlier episodes she sees Death as an enemy coming to take Human souls, but in later episodes, she realizes he's just another angel and his job is to guide recently dead humans down the path to their new life after death. The teacher, guides her along the way. They often come into odds against death and try to save human lives, but they are just angels and Death is an archangel.

Highway to Heaven is about a homeless man (played by Victor French), living in his car and struggling with addictions. He makes a bargain with God to meet God halfway and do God's work if God gives him a sign and shows him what to do. Minutes later he picks up a hitchhiker... a long haired hippie, also a homeless man. The hippie (played by Michael Landon) tells him, he's an Angel on a mission. Thinking someone is playing a joke on him, the man sarcastically agrees to help the "angel".

Together the homeless man and the angel drive across the country, living in the car, helping people they meet along the way. The angel can be invisible at times, and has "magic powers" that can seemingly do anything the plot needs him to be able to do. Like a super over powered Dungeons and Dragon's wizard this leather jacket and jeans wearing rebel angel is practically invincible, can send down hail, lightning, or rain storms. Could toss a tree in the road to force someone to go the other way. Could pop in and out of locked rooms (blinking). Could shapeshift to look like someone else. Could instantly change cloths at will. If he needed money, it would just appear in his hand, exactly the amount he needed. Etc. The only two things he can't do is change people's free will and restore life to someone who has died.

This angel has a nasty "trickster" style sense of humour though. For example in one episode when a non-handicapped person parked in a handicapped space, he zapped their car, so it was flipped upside down on it's roof when they came out of the store. Another time when a man bought a pack of cigarettes, he zapped the box full of pin holes.

He could eat and drink and sleep, if he was in a situation that required his doing so to not let people know he was an angel, but did not need to do so, so often didn't.

This angel was very emotional and cried when children died from caner, got angry at God yelling at him, when a child, whom he'd meet the day before was hit by a car and killed.

Note, Highway to Heaven is an serious tearjerker "old Yella" type show - they often are unable to save people, characters de in very emotional ways in almost every episode. You want lots of boxes of tissues near by to watch this series. Happy endings are few and tragedy strikes over and over again. The angel often questions God's cruelty and seemingly imcompassionate ways of allowing children to die. The angel is often on missions to help children only to watch said children die at the end. Some VERY sad episodes exist in this series, with cancer and aids and drugs often causing deaths of young children. It's a powerfully emotional character driven series, that follows this angel's struggle to come to terms with human death.

If you want to write about a renegade angel who has wizard like powers and very human like emotional outbursts, Highway to Heaven is a wonderful series to watch. It'll definitely give you loads of ideas on how an angel might interact with humans that he deeply cares about and wants to help, but often finds he's powerless to help, even though he has seemingly infinite powers. You often see him going into helping people thinking he's invincible, then frustrated when human free will makes him powerless to save then. It's a very emotional show, with a well written script. Of all the shows and movies made about angels on earth, it's by far my favorite one.

Unfortunately the series ended prematurely because the actors (both Victor French and Michael Landon) died in real life, so the show just stops without any closing episodes to end it. I would like to see it be brought back, a new version of it with new actors and stuff, because it was a very good series.

I don't know if you could find a copy of the script for Highway to Heaven posted online anywhere on not, but, I'd think it'd be worth reading if it was, because they really handled the "angel on earth" troupe really well in that one. It's definitely good research source material for writing a novel based off the idea of an angel sent to earth to interact with humans.

>>I've got a side-project where they're aliens.

I would definitely read that.

Have you looked into the Pleasians and Ancient Astronaut theories while researching for it? If not you should, Fascinating Stuff on various beliefs regarding Angels being a type of alien.

I would love to see more stories that use the Angels are aliens idea.