Using fantasy elements from other stories. (i.e. "mana or aether")

Using fantasy elements from other stories. (i.e. "mana or aether" from fantasywriters

Using fantasy elements from other stories. (i.e. "mana or aether")

I never heard of aether, but the thing with mana is, it's part of a real world religious practice (Jews), and when it was first used in Fantasy, it was written by a Jewish author, and in the book, used by Jewish characters. In the original stories to use mana, it made sense, because it's an actual thing in real world Jewish culture, so having it in a Fantasy novel featuring Jewish characters was a logical move. 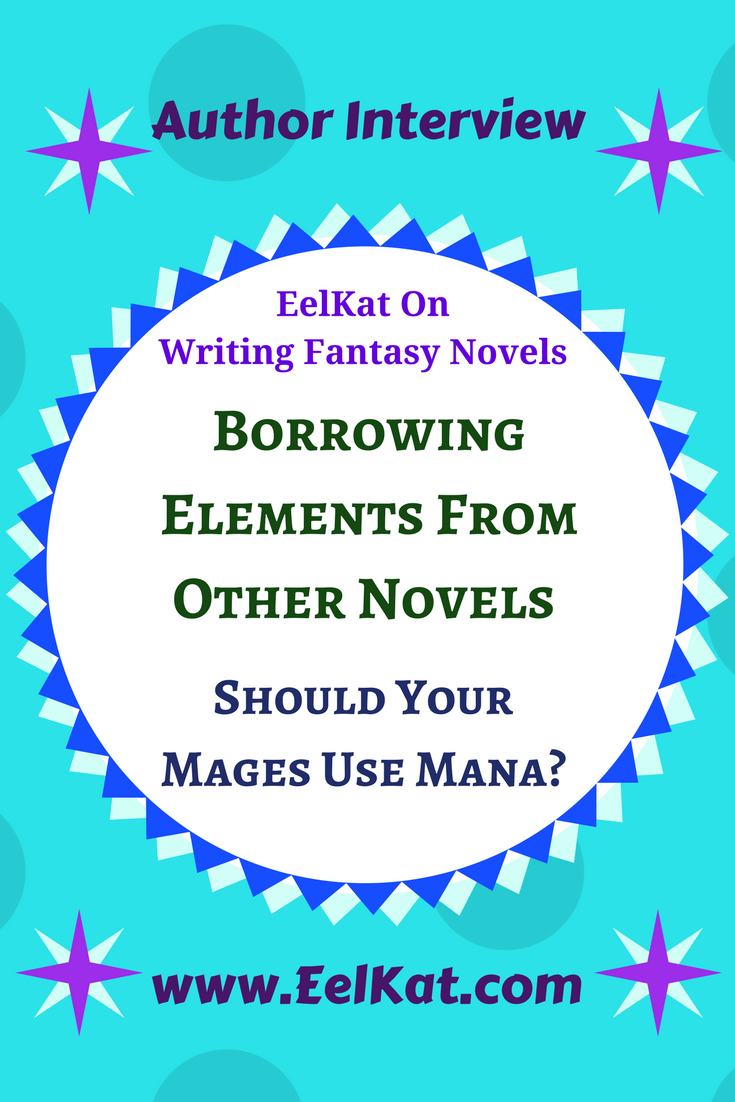 But then, there came along an author like yourself, who thought "mana sounds cool, I'll use it in my story, since readers already know what it is".... but the question is, DO readers REALLY know what mana is?

Mana, sacred bread, eaten by priests, to give them the ability to get visions from god. Eaten during the Passover celebration, by all people. Mana, if you didn't know is also called "Pita Bread" or "Pocket Bread" or "Unleavened Bread"

The Christian practice of "taking the sacraments" bread & wine, the Last Supper aka The Passover, is the Christian version of using mana. Some religions do it monthly, some, like Catholics do it only on Easter and Christmas, some like LDS/Mormons do it every Sunday.

But the fact remains, the practice of eating mana to receiving some sort of blessing from God, s a wide-spread religious practice in the real world and nearly all members of all religions who use the practice of mana, find it's use in Fantasy games and novels to be HIGHLY OFFENSIVE.

The problem with bowering something from another novel, is it's easy to overlook researching WHY the original author used that thing, and end up making a mockery of a real world culture.

In the case of mana, it's early usage in novels and games in the 1970s, it WAS used very closely to the real world practice and was written with respect for the culture it came from.

Raise your hand if you've seen an modern day author use mana ONLY for the Jewish magic users of their novel?

Are you aware, that there are literally millions of people on the planet who will NOT real any Fantasy novel, IF it features mana being used by non-Jewish characters, because it's seen as an anti-semitic slap in the face to real Jews when the author does use mana with non-Jewish characters?

Are your magic users Jewish? If not, can you give a logical explanation why a non-Jew would use Jewish Quabalism? (Quabalism - real world magic arts, used by real world Jewish mystics)

Why would your non-Jewish characters, be using Jewish magic arts?

Research is good. Taking terms out of a popular novel because it sounds cool, is easy, and lazy, and could get you in trouble when you unintentionally come off as a racist bigot using a real word term in a way that's disrespectful to the real world culture it came from.

I realize very few authors are aware of how incredibly racist they are being when they use mana in novels, but that alone brands them as poor writers, too willing to take the easy road and not bothering to do their research. Research is an integral part of writing.

Some authors do research and if they do, they often find mana also in use by Polynesian, Melanesian, and Maori.

If you're gonna use mana, please at least research it's real world practices so you don't come off (as most authors do) being a racist bigot:

>>Specifically I am working on fleshing out a story set in a steampunk powered world. I was trying very hard to avoid using "Aether" as the mystical element that makes a lot of the things in the world work. It has been done before in other steampunk style books and so I wanted to make up my own word.

>>There are two reasons that I am now thinking that coming up with my own word or notion seem pointless. One is that Aether) was something considered a real element (the 5th element) for a long time. This is a big reason that it has been used in the genre before. The other is that, why bother coming up with something that would be other than in name the same thing. Authors don't always come up with a new name for magic.

>>Long story short, am I too worried about it? With a little explaining and

In the end, I feel, using popular elements from other novels and games is fine, so long as you research the origin of where the original author came up with the idea, so that you don't inadvertently make some huge blunder.

So, yeah, borrowing is okay, just research what you borrow before you borrow it, so you don't offend, don't do something illegal, or don't inadvertently do anything that upsets readers and or get yourself in trouble.