Writing without a twist: how unique does a story have to be? from writing

>>there's no big "this is the story that does This" moment anywhere in the book. Does there need to be?

I don't think so. Of course it depends on the audience you are writing for too. Me? I like the Drama type stories, that meander along casually, and don't do the exciting roller coaster up and downs, that many books use. I prefer a quiet read I can relax to, not one that's going to get my heart rate up. 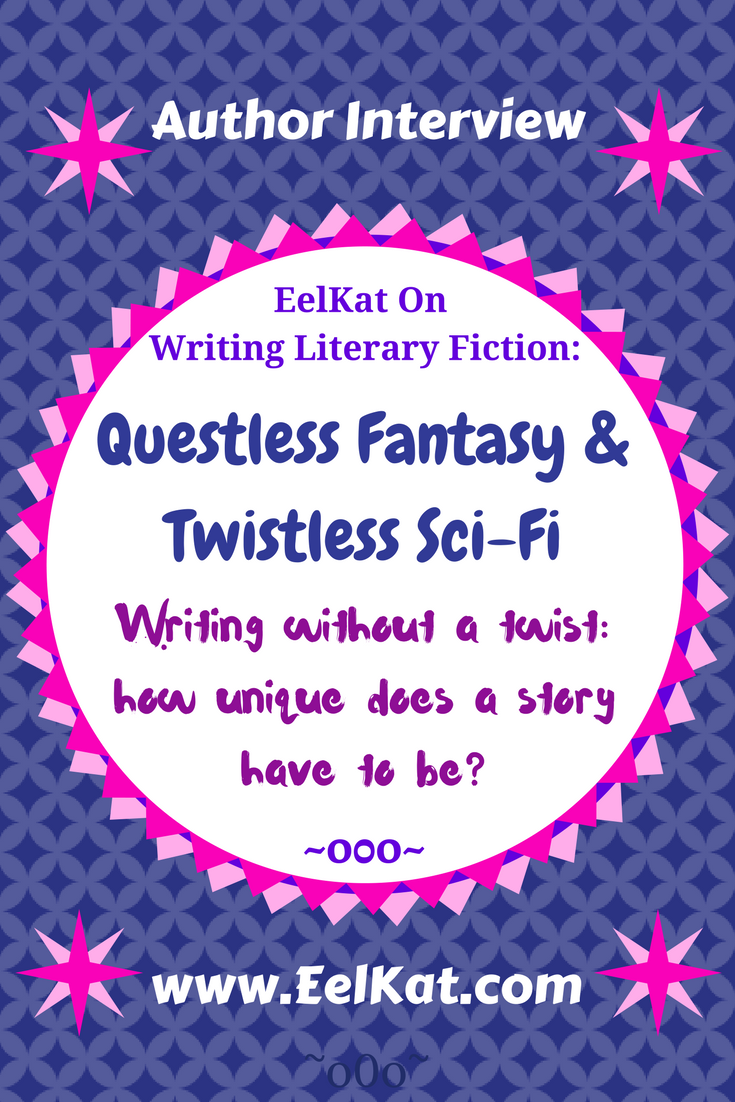 >>Or can a story just have good characters, be well-written, and fun?

Let me tell you about one of my novels. It's volume five of a series. It's Fantasy, about an Elf Wizard and his group of outcast non-Human friends.

The story starts out telling the reader, that they are heading for a mystical volcano that is about 4 months walk from where they are right now. The entire story, is the trip to the volcano. Kind of a hikers road trip travelogue type of story. They cross rivers and and camp under the stars, they tell jokes, they get hurt, they bicker, once a pair of best friend got in a fist fight and then each stomped off in opposite directions then wouldn't talk to each other, they meet travellers on the road and talk to then, they get caught in rain storms.... you get the idea.

The very last thing that happens, they get to the volcano... THE END.

Nothing happens. EVER, in the entire novel. It's just a Slice of Life, look at their trip across the country.

It's Fantasy, about an Elf Wizard and his group of outcast non-Human friends.

And this is volume 5, of a series in which EVERY volume is written like this.

The whole series is like this. Nothing ever happens. It's just the read watching these characters go through their everyday life.

Now, I know, when people read Fantasy, they expect sword fights and epic battles and government intrigue and all that jazz... but... you know what? While all those big, epic things are happening in the world, the world is still going around and the little people are just living their lives.... and that's what I write about. I don't write the epic battles, the warring kings... I write a little vagabond wizard walking across the country oblivious to the epic battle shit going on around him, because he has his own things to deal with like, where is he gonna sleep tonight, and how will he find food for tomorrow and how long must he trudge through the rain before he finds dry shelter... no big epic quests, no battles, just one little not heor guy living his life.

So, back to your question...

>>Or can a story just have good characters, be well-written, and fun?

In my own example, you see one reader, who was upset because the books were not what they were expecting from Fantasy, but on the other hand, quite a few people like the series quite a lot, for all it's lack of ever doing anything big or exciting. The people who like the series, like it because they like the characters, they have fun reading about his rathe mundane, uneventful life.

So, yes. A book can be just about good characters, be well written, and fun to read, without having something big or epic or traditional happening at the end.

Back to your other question...

>>there's no big "this is the story that does This" moment anywhere in the book. Does there need to be?

No. There doesn't need to be. There are no rules about what a genre must or must not have. There are only reader expectations based of other books they have already read before reading yours.

Well, some people be disappointed? Sure? But you'll get that no matter what you write, so, just go ahead and write it the way you feel is best.

>>Does it depend on the genre?

You might want to look into Literary Fiction. It's not uncommon for Literary to be "Slice of Life" meaning a mundane story about a character's everyday life. He's not a hero. He doesn't save anyone. He just goes about his day while the story is happening. No dramatic endings. No twists. It's not a big popular genre, but it's out there and does have fans who read it.

My own series is considered to be Literary Fantasy and done in Slice of Life style.

>>I'm almost done wrapping up the first draft of a sci-fi novel, and although I really like that it's hit the "feel" I was going for, I'm a bit worried that it's... well, just not weird enough.

If you've hit the target feel you're going for then I'd say you've succeeded in writing a good story.