What do you look for?

What do you look for? from letsplay

What do you look for?

Sometimes I am just interested in a particular game, usually because I want to buy iit but not sure if I'll like it, so I look for that game and in that case, I'll watch 4 or 5 different videos, each a different random gamer, to see how each played it.

Then I have a few games that I just watch ALL the videos I find, no matter who the gamers is, simply because I love the game and find it fun to watch how different people play it (Don't Starve, Witcher 3, Papers Please, West of Loathing, Reigns, and 60Seconds, are games I do this with most often.) 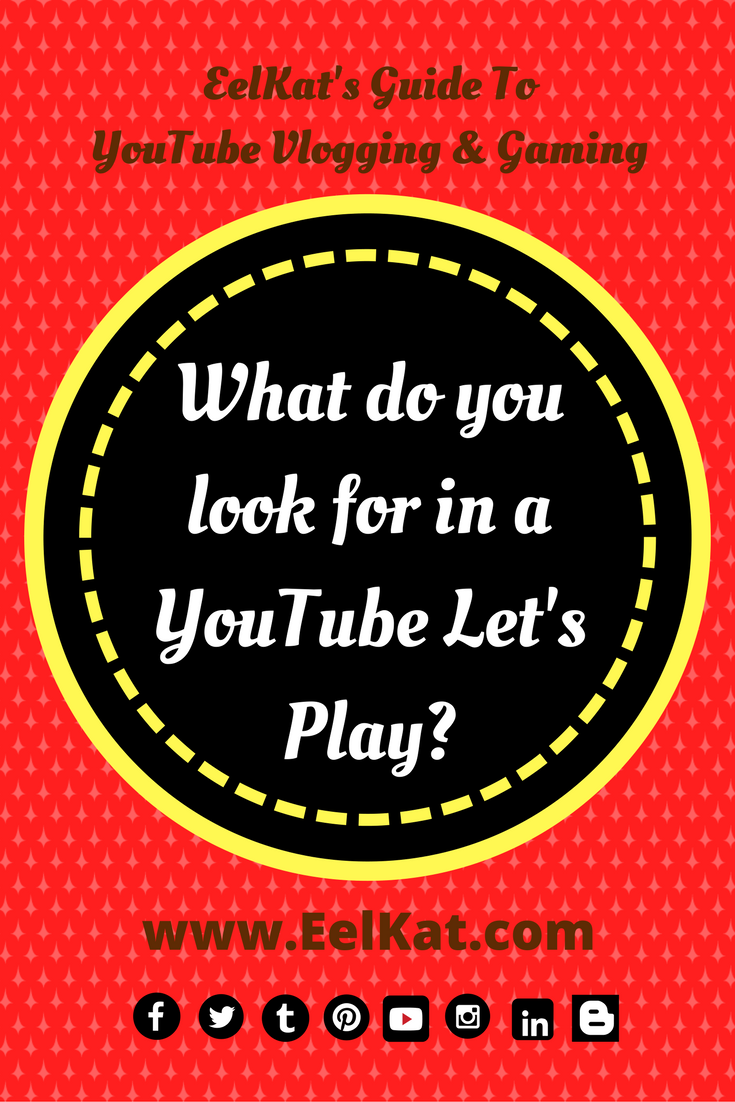 Then I have certain gamers who I watch all of their videos regardless of the game, simply because I like that gamer's personality (Markiplier for example, falls into this category)

Other times I just go to my recommended videos page and watch whatever videos YouuTube decided to stick there.

So I'm all over the place. I don't really have one specific method I use.

The only thing I don't like, is, I don't like "best of my playthrough" type videos, where they played for 2 hours then edited it down to 10 minutes. I never watch those. I like the see the whole playthrough uncut. Even the grinding and inventory management and everything. I don't care if the video is 2 hours long, I'll watch the whole thing.

Time is the thing I look at.

So, say a new game is just out. I've found 4 gamers who each played it. I don't know any of these gamers yet, so no preference for one over the other yet. Because I don't know these gamers, and each have played the same game, I have to decide somehow which gamer to watch. I look at the time. If one video is 3 minutes, one is 10 minutes, one is 20 minutes, and one is 45 minutes, I'll pick the 45 minute one as I know the longer video has a better chance of being uncut.

Also, I tend to prefer first time players/first time playthroughs, over someone who is an expert at the game. First time players tend to be more relaxed and natural in their commentary style, whereas someone who's already played the game and sees themselves as an expert, tends to come off as arrogant, know it all, and their commentary os often condescending, like they think the viewer is a stupid idiot who never saw the game and has to be talked down to. Not all expert players do this, but so many of them do it that I tend to look for videos that say "first time playthrough" in the title instead.

Also I prefer long game playthroughs. If you have a game that you made 10 or 20 or 50 or 100+ episodes of and put them all in a playlist, and I like the first episode you made... I'll go get myself a pizza, sit down and binge watch the entire playlist. I once found a guy who did a 60+ episode series of DanganRampa.... each episode 2 hours long... that's 120 hours of video! It took me 3 weeks to do it, but I binged watched the whole thing, going back every night to pick up where I left off. I'd never heard of the game before, didn't know the gamers... but I saw that 60 episode playlist of 2 hour long episodes and I thought: "Damn, this must be a good game if someone can sit and play 120 hours of it!" There was no other incentive for me to watch it, other then it was a huge playlist.

Also, while I do watch a few of the screamers, MOST of the gamers I like are the quiet laid back gamers: CinnamonToastKen, CaptainSauce, Jay from the KubScouts, iHasCupQuake, Keralis, Squirrel, being my top faves. They don't scream and yell and jump around. They often get quiet and focused in thee game and stop commentary at some points, 2 of them don't even use facecams, but, I like that because, that's just who they are. They are not trying to fake anything, they are not trying to scream for the sake of screaming. They just do their own thing.

I'm constantly exploring and finding new gamers to watch. Basically, if your videos are 20mins + and you are not coming off as fake or bossy, I'll watch your videos if they show up in the search results of whatever I'm searching for that day.