What are the chances of being able to live off of writing books?


What are the chances of being able to live off of writing books?

What are the chances of being able to live off of writing books? from writing

>>I've always been a reader and loved books. And I've always felt like I would love to write my own. But if you were to quit your job, or only work part time. Could you potentially make a living just from your writing? Writing novels.

>>I saw a thread on askreddit that gave me another book idea. And I was just thinking it's the perfect time for me to try writing something since I'm only working 2 part time jobs at the moment.

>>But what are the chances of making it big? 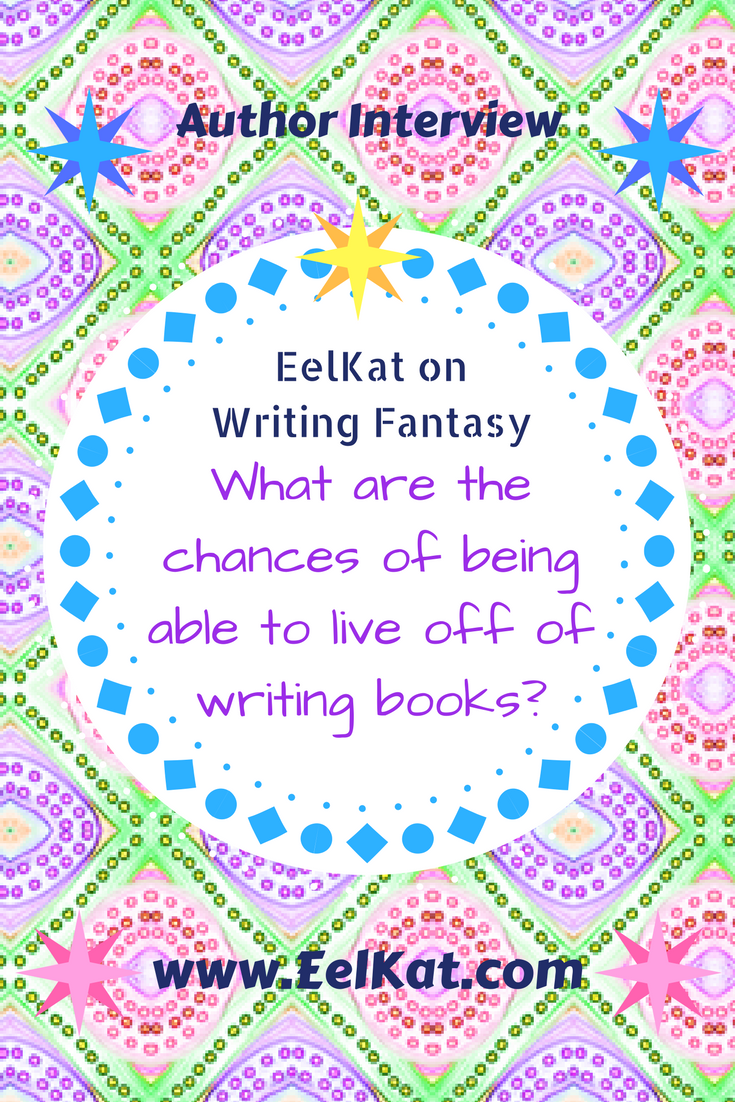 >>But if you were to quit your job, or only work part time. Could you potentially make a living just from your writing? Writing novels.

Depends on what income you can live on.

Last a week a guy here on reddit was saying he spent $20,000 just on "basic baby supplies" the first year of having a baby. (He had kept the receipts and added it up.) And I was thinking, what the hell did he do, buy gold plated diapers?

How in the hell do you spend $20k a year at all, let alone that much on just a baby. Most families in Maine don't see $20k in 2 years total.

So, there's perspective to think about when you say living off writing full time, because it depends on your lifestyle and where you live.

>>I've always been a reader and loved books.

You're already one step ahead of half the people who try to write books.

You'd be surprised how many people try to write a book in a genre they never read before and then wonder why no agent or publisher will accept the.

I responded to 2 here on reddit just this week:

Both had issues of ego maniac superiority because they never read their chosen genre (Fantasy) which "made them better at writing it" and yet both were clueless as to why no Fantasy agent would accept their books. (Duh! Because neither book was Fantasy, a fact they would have known had they read books before writing books!)

So you being someone who reads makes you a step ahead of everyone else.

>>But what are the chances of making it big?

Depends on what you call making it big.

I'm one of the biggest names in professional published Yaoi.

One of the biggest names in transvestite literature.

One of the biggest names in pulp bizarro.

And according to Amazon... I'm the #1 bestseller of Transgender Romance, even though the book in question only sold 14 copies the year Amazon gave me that title and the book is about a transvestite not a transgender character and it's Horror no Romance.

I have 3 million followers across social networks and my top paying article has been read by 10 million people.

In 2005 I was listed as one of the Top 10 most popular internet celebrities.

And yet... you've probably never heard of me.

Big is a matter of perspective. The average person has no clue who I am, and yet, I've won all those titles.

I live full time off my writing...

I created the 52 Stories in 52 Weeks method of writing and taught newbie writers how to make a living as a short story writer.

But while my novels and short stories bring in an income after each new release... if I stop publishing weekly shorts and monthly novels the income vanishes as well.

The bulk of my writing income comes not from my fiction writing, but rather from my non-fiction writing...and most of that income is from Google AdSense on my novel writing tips blog.

Even though I had that income coming in from ALL those items listed...

most months my writing income is less than $200 a month.

The most I've ever made in a single year from my writing alone was $4,852

Alongside my writing, I also worked as a door to door salesman for 16 years, a retail sales associate for 6 years, and a retail merchandiser for 3 years... while having a husband with a military/government engineering/science job that kept sending him overseas to the Middle East (mostly Israel) every few months often for months to a time, but also paid $64k a year, and now that he's retired still pays for most stuff.

If I had not had a husband who had a job whose income could support us regardless of anything else, I would not have had the freedom to write the wild scatterbrains novels and short stories I did, because I write Yaoi, Bizarro, and Weird Horror all of which are very poor sellers, but are just danged fun to write and as I did not NEED the writing income, I had the freedom to write in genres I wanted to write rather then writing stuff for a higher paying and better selling genre.

>>Most novelists don't earn enough to quit their jobs even when they have published a few books. Many also supplement their writing with other income sources such as teaching, narration, editing and speaking, and even if you want to self-publish and seemingly keep a lot more of the proceeds from your books, you also have more expenditure to get to that point (editing, cover art, ads, etc). You could spend £1000 on editing and cover and not see more than 100 sales because you're writing the wrong thing for the market, or you're not a natural salesperson, or you're not writing enough to keep your audience aware that you exist.

>>If you are, great! You can make it as a professional writer. But don't go into it thinking you're going to be making money with the first thing you write, or that it's easy to achieve that momentum as a self-publisher. It takes a lot of persistence, a will to keep writing without reward. It's not for everyone, but if you really want to start now, you'll achieve this sooner than if you don't start now.

I agree with everything crowqueen said here. And will add to it this...

here's a point that crowqueen missed that I wanted to add:

You notice the fact that I had no NEED to have a job all those years and yet, I worked for Avon, WalMart, RGIS, Macy's, and HallMark for 40 years anyways? All of those jobs paid minimum wage, most were $7 an hour for only 12 to 15 hours a week, so did not bring in a livable income.

So why did I do them?

Because being a career writer is an isolating job.

And that much alone time can be maddening, especially if you've got a military husband overseas half the year and have no children.

Thus I worked an outside job, for one reason and one reason only: social interaction.

If you want to be a career writer you need a few things to succeed:

>>I'd worry about writing more than 4k words before trying to figure out how to make a living off it.

Actually you can make a good part time supplemental income as a short story writer if you write enough of them and are publishing in the right magazines (ones that pay money as opposed to ones that pay in free subscriptions to their magazine). I did it for decades before I got into novel writing as a career.

Of course, you have to be writing 2 or 3 new stories a week and aiming for publishing at least one a week. It's not an easy way to make money as a writer, and i think requires way more work then novel writing as a career, but it can be done.