If life gives you lemons,
then you grab life by the balls and say you're taking them too.
Why make lemonade when you can make testicle stew?
I don't take shit from no one,I stand up to bullies like you.
I don't like bullies, bullying me,  cyberbullies, offline bullies, any bullies.
Say NO to the bullies of the world.~EelKat

“Don’t turn your face away. Once you’ve seen, you can no longer act like you don’t know. Open your eyes to the truth. It’s all around you. Don’t deny what the eyes to your soul have revealed to you. Now that you know, you cannot feign ignorance. Now that you’re aware of the problem, you cannot pretend you don’t care. To be concerned is to be human. To act is to care.”

Welcome to the New
SpaceDock13!

But what exactly IS a full time income?

But what is a "full time income"?

Yes, I was earning a full time income with my Squidoo AdSense earnings in 2007. But I also live in Maine.

Do you know what my HIGHEST year end income (before taxes) from Squidoo was? 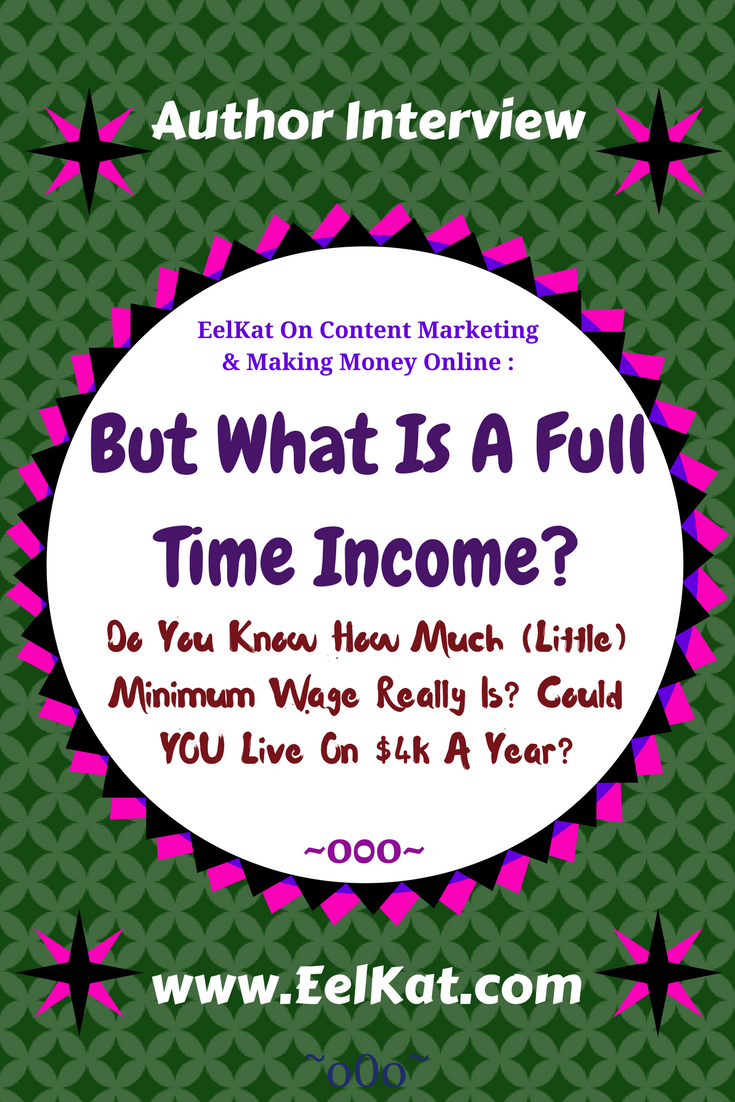 Yes. In 2007, in Maine, $2,864 was a VERY GENEROUS full time income that most people in this area live on quite comfortably.

In fact, my nearly $3k a year income, I was making was MORE then the income of 7 of my nieghbours living on my street, each of whom live on a full time income of UNDER $2,000 a year.

So when people run around calling me "a millionaire" because Squidoo said I was #3 highest paid member ever... you got to realize that what Squidoo called "3rd highest paid member" was an income of $2,864 in 2008, the year I made the MOST from AdSense income while on Squidoo.

That says a lot about perspective.

But Squidoo neglected to mention that part.

And not many people live in Maine.

And when people hear "full time income" they think of their LOCAL wage rages, not the wage rates of the region in question.

And MOST of the world, looks at Maine's yearly income totals and are baffled as to how any of us survive, stating that $2,000 isn't even enough to cover their monthly rent.

Squidoo deliberately did not tell people a dollar amount and instead said "full time income" knowing full well that the average person had no clue the average income in Maine at the time was $2,000 a year.

Squidoo scammed people with false advertising to get more members, and it resulted in me getting bombarded with several thousand emails every single day, from people all over the world, who read Squidoo's saying "full time income" and some how translated it to mean "millionaire" when in fact, they were already making more per month then I was making per year.

Those are the average yearly incomes of average people here in Maine.

A two job family would combine two of those yearly income totals.

Average yearly incomes right now in 2017
(before taxes) in Maine are therefore:

According to the Census.gov the average family in Maine has 2 adults and 4 children, is a 2 income family, and has an average yearly combined income of $26,000 before taxes.

Thankfully, after a lot of protesting and petitions and finally getting it on the ballot, in November 2016, minimum wage increased to $7 and the vote approved a .50c increase per year until it reaches $14. So by next year minimum wage will be $7.50 and the year after $8 and the year after $8.50, etc, until it reaches $14, so long as the governor doesn't overceed the vote and veto it - AGAIN.

This will be the third time we've gotten this vote on the ballot and the first time we've made it past 6 months after the election without LaPage vetoing the vote and overturning it.

Let's head now to AdWords' website, to the Keyword Planner Tool, and get some random keywords from various popular topics that many internet markets say are the best topics to target.

Most internet marketers suggest you create a site on the following topics: