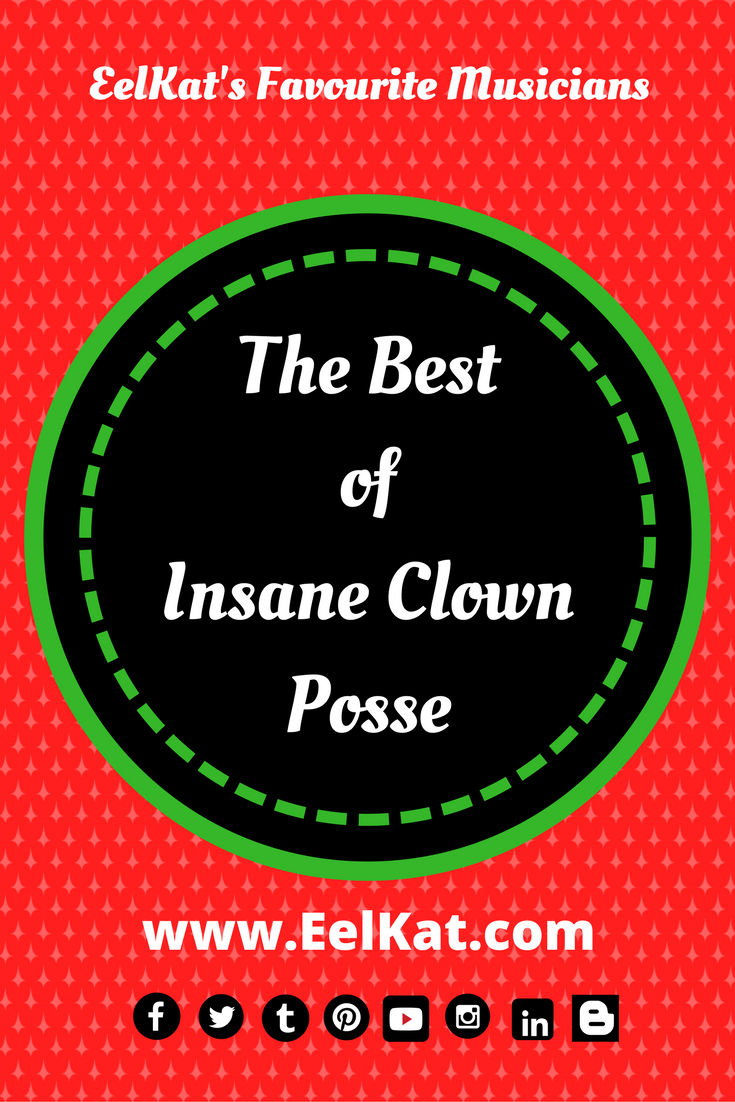 Well, this is new... I have absolutely no reason for making this page, other then, I was just on YouTube looking for an Avatar video for my Absurdism page, and I then I kept adding more Avatar videos to that page and I started thinking - maybe I should make a page just for Avatar videos, that way I can find them easy, since I'm always looking them up. So, now I have a page for my favourite Avatar music videos, for no reason other then Avatar is one of my favourite bands, and this page is another of my favourite bands because I figured why have only one of my fave bands? This page is Insane Clown Posse...

TRIGGER & NSFW WARNING: Most all of the songs by Insane Clown Posse, contain incredibly violent lyrics, strong language (including lots of fuck, pussy, and n-words), many include references to murder, gang violence, and suicide.

If you are unfamiliar with this band they are considered "Gangster Rap", and are one of the very first rap bands from the old days when Rap first started.

If you ever heard rumours of a very violent gangster Rap band who sang anti-police (pro-cop shooting) songs, and featured band members who were wanted by the FBI.... this is that band.

You should consider ALL of the videos on this page potentially NSFW, and possibly triggering to sensitive people.

Due to the extremely violent cop-killing lyrics, most of their songs are banned from YouTube, so not many of ICP's songs are available to be embedded on this page. Insane Clown Posse is one of the few bands to have ever had their music banned and deleted off YouTube.

Insane Clown Posse is considered to be the single most controversial musician/band of all time.

WARNING - The infamous "suicide video" (Mighty Death Pop) is on this page... it features an actual, graphic, gun to head suicide that was filmed for the video. I found the uncut, uncensored edition with the suicide still in it, that version of the video is the version I've included here, so you can see for yourself how VERY extreme this band is.

As you know I'm an advocate of suicide prevention, and do not advocate the filming suicides for music videos.

In spite of their extremities and controversy, ICP remains one of my fave bands of all time.

Because of their extreme music, it it perhaps best if you first watch an interview where they explain WHY they make the songs they make...

And another video, that looks at them, from one of their fans...

And now, on to the ICP music videos...

- this is a REAL suicide filmed -

This is NOT special effects!

Watch at own risk!

My Fave Music Videos
By My Fave Bands & Musicians