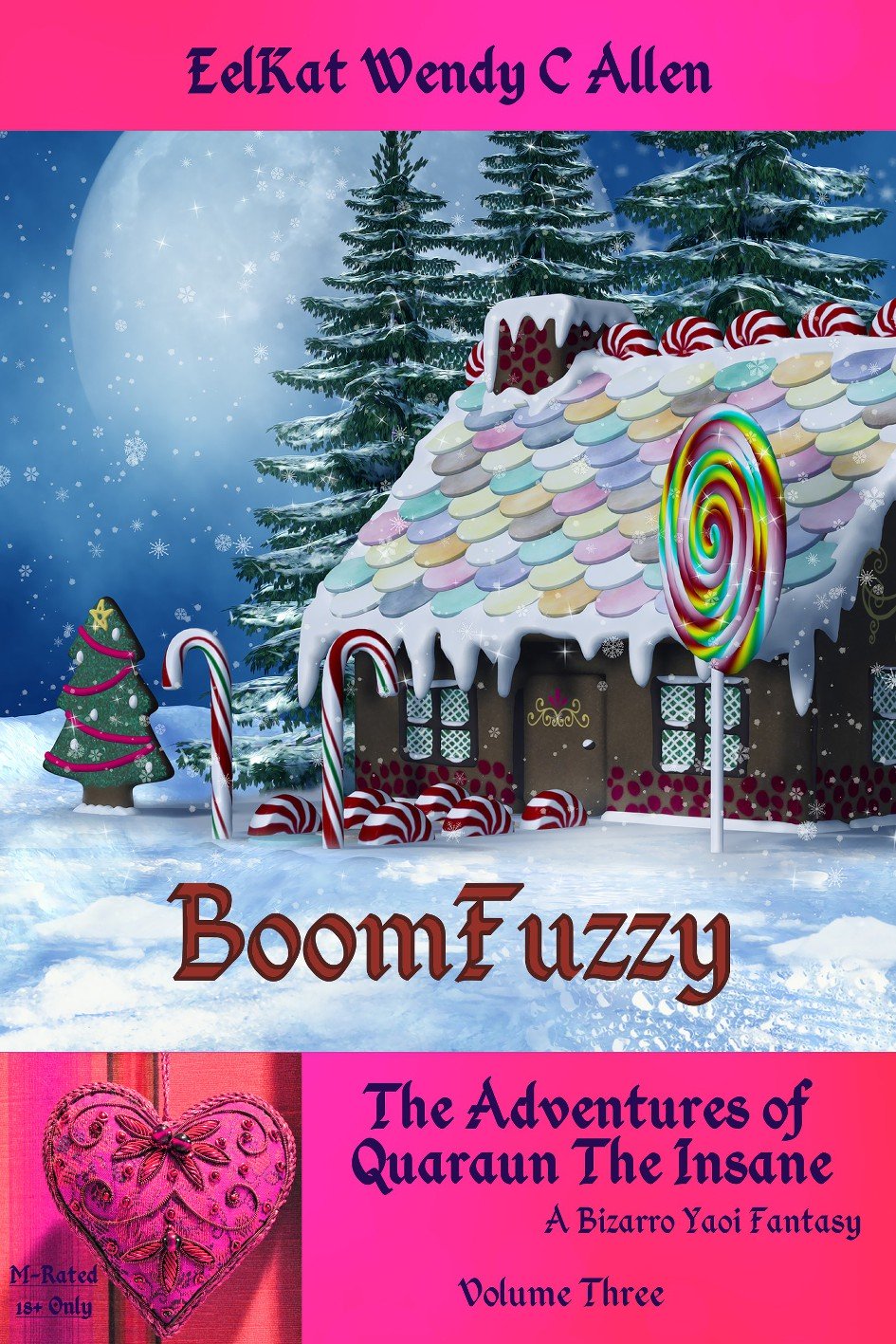 Also I just wrote a scene that I'm not sure what to do with. I may take it out of this story and move it to another one later on. It kind of goes off into an aside, which, you know, that is my writing style, but this one I think may go too far away from the main story of this volume. Not sure yet. I'm setting it aside to see if it fleshes out to fit the story better, or if it fleshes out into its own separate story.

I will be so happy when all this Kboards hacker court drama is over, so I have time to write regular again. Damn it. I hate all the time this jackass thug is wasting for me. I spent 5 months bedridden, and I get out of the hospital to find out that while I was offline some creep highjacked my forum accounts and socil networks and raised absolute hell. God! What is wrong with people. I am so sick and tired of trouble makers. What is it with shit-headed people like that, that possesses them to do something like this?

Some Thoughts and Information
About the Kboards Incident
and the Hacking of My Accounts.

UPDATE: (March 27, 2015) There is someone online pretending to be me. They have been using the ID name "EelKat" on accounts on various sites and posting ludicrous crap. I don't know who they are or why they are doing it, but other then my website here at EelKat.com, the only other sites I post to are:Tumblr, Twitter, and FaceBook. This person hacked into my old forum accounts between August 2014 and October 2014 and began posting weird shit via my old accounts, pretending to be me. Note that, I was in the hospital at the time this happened and was not online. I did not find out about this hacking/hijacking of my accounts until November/December 2014, when I shut down all 34 of my blogs, my social network accounts, and all of my forum accounts. Most of the hacker's target had been focused on my Kboards account, where they attempted to do quite a bit of damage to my reputation and career.

They know enough about me to post SOME (very little) accurate information about me and my life (stuff they, very obviously copied off my website here), enough to make their posts look like they actually are written by me, but most of what they are posting is outright lies, and outrageous inaccuracies, such as claiming that I own two brand new Rolls Royces - I do not even own one! Because,  they very clearly don't actually know me, and there is very little information about me out there, they are "filling in the blanks" by making stuff up and posting a lot of "this happened to me" and "I did this and that" type of posts, making claims to things I have never done.

They are also making wild claims about which books I've written, attributing books to me, that I did not write and have no affiliation with at all, at several points making the false claims that I am simply the alternate penname of Twilight author Stephanie Meyers. One post claimed "EelKat" to be a made up "vampire name". No, EelKat Wendy Christine Allen is my REAL name, EelKat is a Kickapoo/Native American word, meaning "girl guided by eels", it was given to me by my Kickapoo grandmother, when I was 3 years old, after she discovered my obsession with collecting, painting, raising, and drawing eels. The Green Moray Eel is my favorite animal, and has been for as long as I can remember. Grammy Eva said eels were my spirit guides, thus why she gave me that as my "spirit name". I have always used EelKat when writing. While I use a penname for my Erotica books, you will find the words "EelKat writing as ---" on the copyright page of those books.

If I wrote a book, it's here on my site. If it's not here on my site, I didn't write it, simple as that. (The Erotica books are not shown or linked to on this site, because of the Google AdSense ToS. They are also not sold on Amazon as they are self-published vanity press chapbooks, only sold locally from local brick&mortar mom&pop bookstores.)

ALL of my books are published by The Twighlight Manor Press. I have no books published with ANY other publisher. (Though I have sold a few work-for-hire 3-page comic book scripts to Disney, those being published by Egmont {Danish language comic books} and Hatchet {French language comic books}. Like the Nancy Drew books written by 57 authors all as Carol Keene, Disney assigns pennames to those, so dozens of authors write the comic script, when it appears to only be one author.)

So, no, I am NOT Stephanie Meyers. (And please STOP addressing her emails to me. No, I will not forward them to her, I just delete, unread, everything addressed to her.) No, I have never published any books that do not connect back to the name EelKat. If it doesn't say: "EelKat writing as ---" on the copyright page, it isn't me. If it wasn't published by The Twighlight Manor Press, it also wasn't me, as that is the only publisher handling all of my books.

They (the hacker) have been making equally wild claims about my income, in one post claiming I was making $140,000 a month! God! I wish! I haven't made that much total in the past 10 years combined. They have posted my home address in their posts, so they know where I live. They are also copying photos off my website (photos of me) and using them in their posts.

I have been finding these impersonation posts like this, on several forums across the internet. Whoever is doing this, they have been very thorough in hacking into as many of my old (and no longer used) forum accounts as they could find. near as I can tell from the dates on the posts, it appears they started doing this in mid-May 2014, and did most of it between August 2014 through October 2014, only stopping in December 2014, after I discovered it was happening and changed the passwords of most of my accounts and deleted the rest (thus ending their access to my old accounts - they can't hack an account if I just delete it and it is no longer there for them to hack.)

It is unclear who is doing this or why, but, do know that if you see "me" postingANYWHERE online, other than here at EelKat.com or Tumblr, Twitter, and FaceBook, it is NOT me!

I have ZERO currently active forum accounts. I am NOT currently posting on ANY forums ANYWHERE! Any posts showing up on forums ARE NOT being posted by me.

Needless to say, I find what this person is doing to be quite annoying.

This article was originally written on: Friday, March 27, 2015

This page last updated on: