Should An Author Use a Thesaurus When Writing?


When you write, how often do you need to look up synonyms so as to not be redundant?

When you write, how often do you need to look up synonyms so as to not be redundant? from r/writing

When you write, how often do you need to look up synonyms so as to not be redundant?

I don't. Never saw any reason to.

I know when I read a book that has a lot of words that mean the same thing, it annoys the hell out of me as a reader and is something that'll make me stop reading. Why? Because often the author will use words I never heard of. American English is not my first language so I have trouble reading as it is, without needing to stop and grab a dictionary for every other word only to find that they each mean the same thing, leaving me to ask why the author didn't just use the common word to begin with. I end up thinking the author is some self-centered arrogant college professor looking to show off his wall of Ph.Ds in his writing, and doesn't care about his readers. 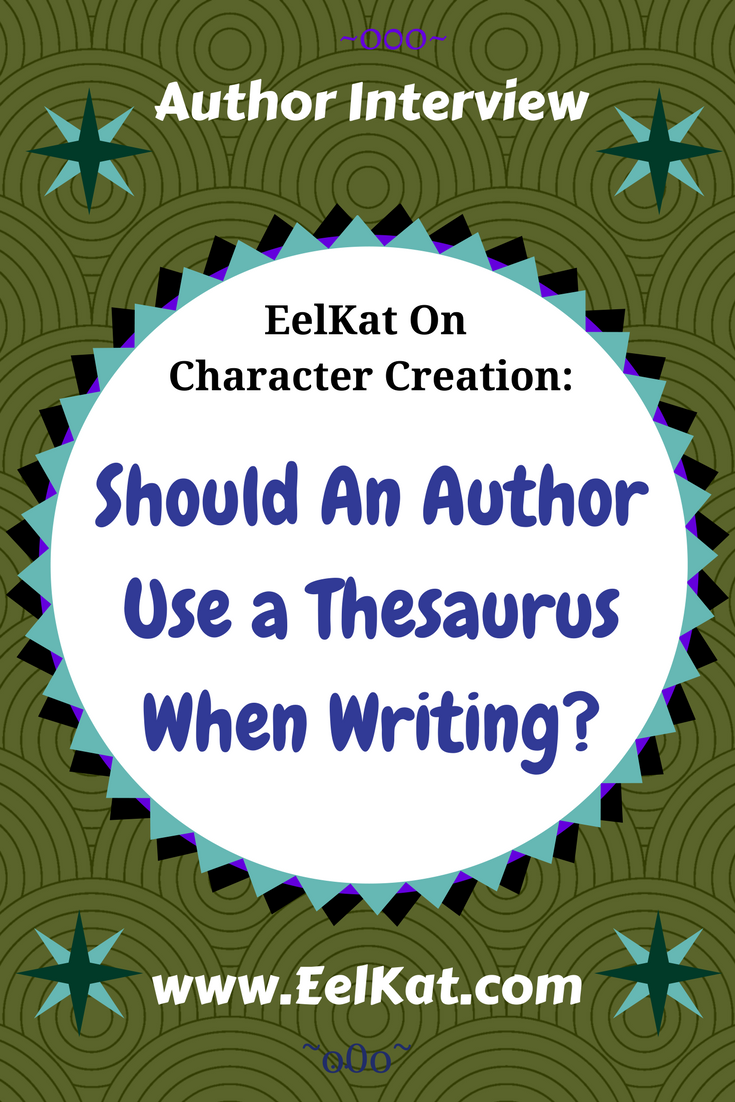 If I find an author who is obviously using a thesaurus, I'll not read any more of their books, simply, because I don't like to constantly be pulled out of the story. I bought the book because I wanted to be immersed in the story. I don't want to have to set the book down every 5 minutes to grab a dictionary and try to figure out what the heck the author is saying now.

As a reader, I don't like anything that makes me stop reading. Using uncommon words to say common things is one of those things that pulls me out of the story. Then I have to go back and reread the whole chapter to try to draw myself back into the story and if I can't get re-immersed again, I'll toss the book aside and make a note to never buy that author again.

I think far too many authors forget that words should be invisible. Meaning, the words should just be there to tell the story. Using common, simple words, allows the words to flow by smoothly without interrupting the reader's train of thought. A word that pulls the reader out of the story is ALWAYS a bad choice of words on the author's part, and in most cases, such words were only inserted after the author felt the need to consult a thesaurus.

Now if it was being done because of a particular character, that's different. Say you got a character who is a college professor with a wall of Ph.Ds and he likes showing off when he talks, because he's a self-centered arrogant jerk who wants to puff himself up and make himself seem better, so he talks using big words no one around him can understand, on purpose so he can then smugglly watch how confused the other characters are... well, then I would expect to not understand any word out of this character's mouth and I would expect the author to have used a thesaurus a lot in this character's dialogue. In this instance the use of big words wouldn't pull me out of the story.

I find it best if we as authors assume the narrator was a 5 grader or a high school drop out and uses a 5th grade vocabulary. This allows the average reader to be able to understand what the story is about. (I came by this conclusion because 73% of Americans ARE high school drop outs and/or never got higher then C- in 5th grade grammar, flunking Grammar of any higher grade; according to the US.gov census). If you start Googling around a bit, you'll soon discover that ALL the bestselling novels (NYT Bestsellers) write at a 3rd grade to 5th grade reading level, making these books easily accessible (readable) to the average American, thus how they became best sellers in the first place, because the average reader could read it and understand what they read. Plus readers don't like being talked down to, so they don't want to read books by authors who come off as arrogant, self-centered pretentious jerks, which is exactly what they come off as when they use "big vocabulary" wither they realize readers see them this way or not.

When it comes to writing my own characters' dialogue, you do see a vast difference in their vocabulary.

Main character, Quaraun, for example, often speaks in a very childlike manner. Very simplistic. He's the most highly educated character in the series, in terms of schooling. The only primary character to have a formal education. Quaraun is a very high ranking and very old Wizard, spent centuries learning magic arts, is one of the few people in his time period who can read and write and he is also fluent in 84 languages. When he's being haughty, he will once in a while use big words to show off, but as his companions have  little to no education at all, they just end up laughing at him.

Quaraun, knows using big words is pointless as no one around him can understand him if he does. Thus, in spite of his advanced education, he talks like common gutter trash (as he puts it) so that they can understand him. His use of big words sporadically, and his verbal put downs to the people around him, tell the reader he is educated and arrogant and doesn't like having to contend with people of lower education then himself.

But at the same time, his mannerisms and phraseologies are very simple and childlike, often making him come off as immature and less educated then he truly his. This is because he has Autism, and while he can grasp scholarly things in books, he often is clueless when confronted with people and social situations. His childish nature, comes from his being very shy and anxious around people. Alone he can think highly detailed, well thought out things to say. In a crowd, he can't think fast enough to keep up with the conversation. He has book smarts not street smarts and, his use of big words in a tavern, makes him come of as childish, among the uneducated burly men who would easily beat him up for saying big words they don't understand.

Quaraun is a highly arrogant, self centered person with a huge ego. Putting big words in his dialogue emphasises this fact and makes him look as foolish as he really is.

On the other hand you have Unicorn who is completely illiterate. He can not read or write and he wouldn't know proper grammar if it hit him on the head. And around Quaraun, proper grammar often does hit Unicorn on the head, when Quaraun gets annoyed at Unicorn's lack of proper speech and tosses a book at him.

Unicorn's speech, while it appears to many readers to be made up gibberish, is in fact and actual real world language and written correctly. It is Scottish Gypsy English aka Gypsy Cant and it is in fact my native language. I choose to write his dialogue in Gypsy Cant, because it is close enough to American English that American readers could read it and mostly understand it, yet it is different enough from American English, that grammar nazi snobs would be cringing through every line of Unicorn's dialogue.

While Unicorn's illiteracy is front and center of his personality, he also excels at street smarts and frequently makes a fool out of people vastly more educated then he is.

Of course, when readers complain about his horribly broken English, and state that real GROWN MEN don't talk like he does, I'm amused that they neglected to realize that in real life HORSES can't talk at all.

It is not uncommon for readers to suggest that he be given some form of education to make him less illiterate, but I ask you, how many horses have you ever seen go to school?

When you consider the fact that Unicorn is an ACTUAL Unicorn, you can not help but wonder how it is he can speak at all, given horses have neither the jaws nor vocal cords needed to talk.

The fact that so few readers are aware of the fact that Unicorn is a talking horse and not a man, amuses me to no end.

The funniest complaints about Unicorn are not his speech but his skin colour. I've received more then 100 indignant emails from White Power readers stating they would not read the books after they found out Unicorn was black. Many horses are black, and most Shetland Ponies, which he is, as black.

I am always fascinated by the things readers can find to complain about.

The only time you ever see thesaurus words show up, is when GhoulSpawn speaks. GhoulSpawn loves books and reads constantly. If he didn't have dueling Wizards making a mess of his life, he'd probably never put a book down and be content to never stop reading.

More of a loner then either Quaraun or Unicorn, GhoulSpawn has serious social anxieties, and often struggles with Selective Mutism, stuttering, and slurred speech. His self esteem is through the basement and he lacks any level of confidence in any endeavour. All this was a result of terrible child abuse he grew up with, and racial bigotry he lives with in his adult years. He was striped of his dignity at a young age and never learned to stand up for himself against bullies, resulting in his turning to books to look for friend.

This in turn, affects his speech, as he has no experience in talking to real people and only knows how to have conversations, via the dialogue he has read in novels. This results in GhoulSpawn using an awkward mode of speech which contains big words and obscure words, words used by pretentious authors, that GhoulSpawn is unaware are not commonly used in everyday language.

This inadvertently causes GhoulSpawn to be picked on, teased, and bullied even more, with him often not understanding what he is being bullied for. While GhoulSpawn is very intelligent, he ends up coming off as an incompetent idiot, because of his inability to understand that big words are only used by arrogant fools.

In the end, I only use big words from a thesaurus, when I want to make my characters look like incompetent idiots, because in the real world, every time someone uses such words, they look like incompatent idiots.

Thus, to answer your question... no, I don't change up words to avoid redundancy, because I'd rather my words be redundant then come off like they were written by an incompitant idiot. It's as simple as that.