How to divide a story, like a novel into chapters?

How does this happen? I actually do know the the answer to why my books come out this way. It's a stupidly simply answer when you hear what it is, too. 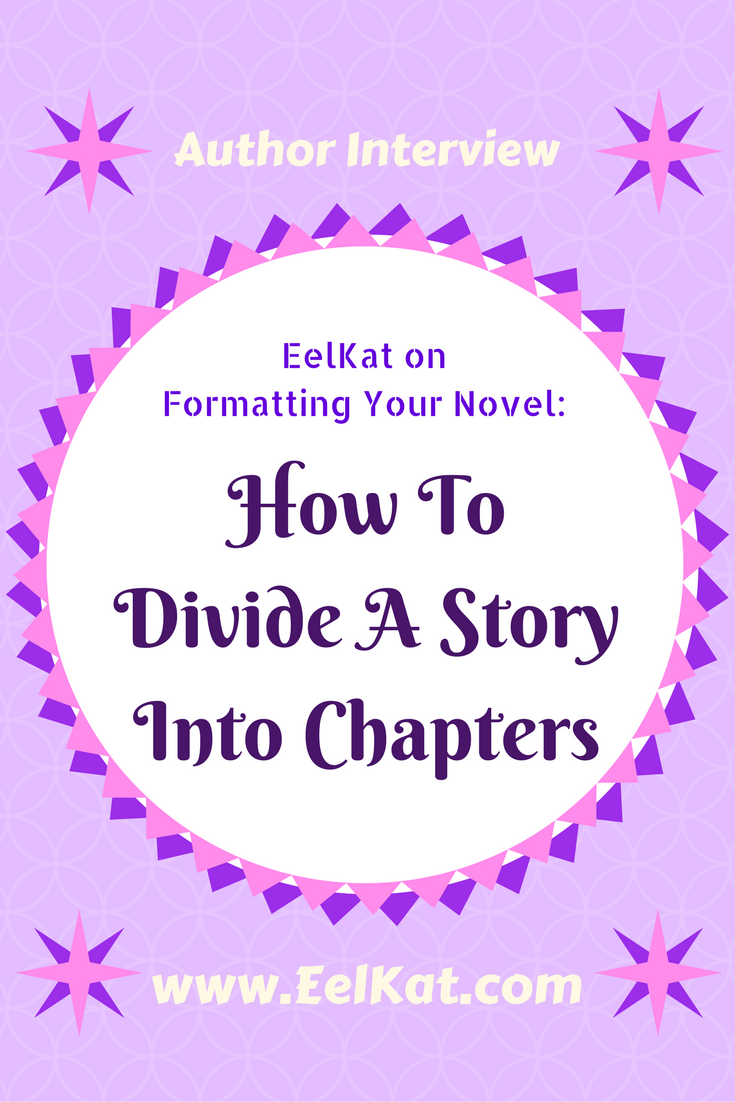 What I do is this:

I start writing a scene. Almost always the scene starts out as dialogue. A conversation between 2 people. The scene continues on until the conversation ends. Something interrupts them or they just finished talking or, if they were in bed, they have fallen asleep, whatever. The scene ends.

...and I start writing the next scene, which usually picks up where the last one left off. The story moves to focus on whatever interrupted them, or now that they are done talking they start doing something else. Or if they fell asleep it starts with them walking up. Whatever the next part is, that's what I write. I keep on writing until this scene has ended.

...and I start writing the next scene, which usually picks up where the last one left off. Usually the opening scene starts off slow, calm, relaxed, and the 2nd scene picks up pace a teeny bit. But the 3rd scene, this one I'll be writing now, is when shit starts happening to the main character. It's when "big bad" makes an appearance (whoever or whatever "big bad" happens to be in this particular story). Usually "big bad" is just your average guy and main character doesn't know he's the one raising hell in his life. This scene ends with the main character feeling frustrated and not knowing what to do next.

...and I start writing the next scene, which usually picks up where the last one left off. Usually this scene will open with frustrated main character sitting in a tavern with a friend, talking about how his life went to shit earlier that day....

...blah, blah, blah, so on and so forth with each scene until I get to the end of the novel.

So, can you see the pattern? What I did to determine where to put my chapters?

Each scene, during editing, will become a chapter, with the ~o0o~ removed and replaced with "Chapter 1: Name of Chapter".

I'll use find/replace to locate all of the ~o0o~, then I'll read the scene and decide on what to best call the chapter.

There's absolutely no planning or outlining involved in it, so it may not work for everyone. It does end up with long and short chapters of varying word counts. But, it works well enough for me anyways.

I do it this way because, as a reader, I like the entire chapter to contain the entire scene. I don't like to be reading a scene, then sudden BOOM, there's a new chapter, just because it reached page 10 and the author declared every chapter must be 10 pages, no more, no less, or some such thing. As a reader, I like the story to flow smoothly with each scene self contained and able to stand on it's own. Thus all my scenes have a beginning middle and end, and could easily be removed from the novel and read as though it was it's own short story as well.

In the end, my books read like they are a bunch of tiny mini stories about one person's life, all strung together like beads on a necklace, in a nice neat row, moving straight forward to the end. There are no archs or loops or any of those sorts of thing. The whole story reads straight through and doesn't do the more typical roller coaster ride rise and fall method that you see in most novels. (My novels tend to be a lot of soap opera style yip-yappy talking drama between couples, and not much if any actual action, which also is not typical writing style for novels. This is partly because I started out as a stage play script writer before I moved to writing novels, so my novels tend to have a very stage-play feel to them as well.)

People who've read my books have told me that this way I write, where each chapter reads like it was it's own short story, even though it's all one novel, they say it's an "avant garde, artsy-fartsy literary style" of writing that is not typical....so it may not work well for all genres (I do write very literary slice of life style novels, that stray from the norm) or all stories.

In the end, I feel that there is no real right or wrong way of making your chapters and that the best way to do it, is to just do whatever feels right to you the author, for the particular story in question, and you can use a different method for each one of your novels if you wanted to.

When it comes to chapters, I think the only real rule is that there are no rules about it and you can just go with your gut.