>>Do you have any personal experience with this? 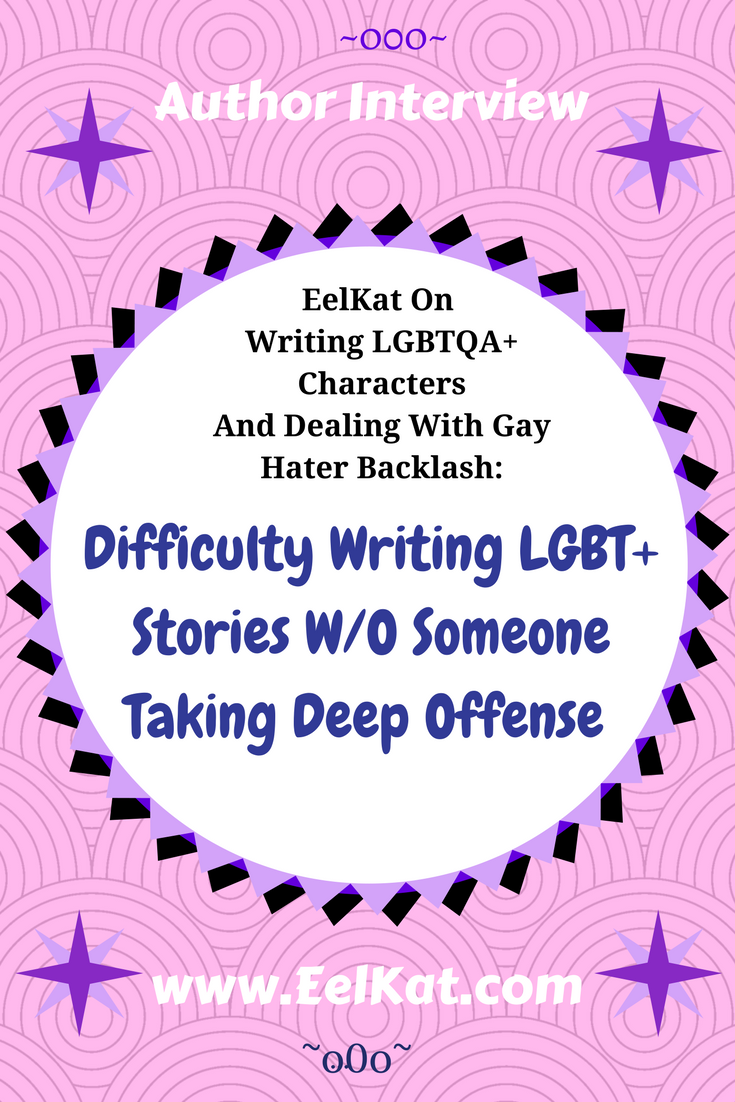 >>Do you have any personal experience with this?

And if all you've ever had to deal with was words tossed at you by haters, then you have no clue how bad radical extremists can get.

My main character who has appeared in 2,000+ short stories and 130+ novels since 1978, is a bi-sexual transvestite, the stories are set in my home town of Old Orchard Beach, Maine and locals here in Old Orchard Beach, Maine, really, really, really don't like that. And while it may seem like a lot of people are behind the hate... in fact, the FBI agent investigating the case, has found that it is actually only one group of relatives, and only about 12 people, whom, also run the town hall. The bulk of the community disagrees with them. The only reason it seems to be more wide spread then it is, is because these few small haters are going to such violent extremes.

You really must realize that most people DO NOT hate LGBTQ books, characters, authors, or citizens. It only seems this way because the rare few who do hate are loud mouthed radicals who want to make their views known. They know they are in the minority with their hate, that's why they feel the need to scream so loud in order to be heard.

Write your book, your way. To hell with the haters. The majority of people don't hate. Haters are the extreme minority. The only reason they stand out so much is because haters like to scream the loudest to try to get the most attention. The people who do hate are just jackasses looking for someone to hate on, without any real care what topic they find to hate on. They look for a "trendy" topic and hate on it for a while, then move on to the next "trendy" topic when the first one moves out of fashion.

They don't actually hate you, you are just the first person they found matching their current topic to want to hate on. If they don't hate on you, they'll be hating on someone else. Soon as they find someone else to hate more, they'll move on and forget they ever hated you at all. That's the way haters work.

Often, they don't really care about the issue they are hating on either, and usually you'll find that same person just hates everyone for everything and is only hating on you because you were the first person they found to hate on.

In the end, a hater is nothing but an attention seeker with a low self esteem and they don't really, actually hate you, because their hating on you is nothing more then a reflection on how much they hate themselves. So, no matter what the haters say and do, don't take it personally. They hate themselves, not you. Pity them, for only a person whose soul is truly crushed, will ever seek to toss hate at another Human being.

Do not let haters stop you from writing.

Far too many authors, try to write around this or that political outcry and do nothing but write empty skeletal work with no life in it.

In 1953, a comic book, wrote a story about an astronaut. It was a heart felt story that pulled the reader in. The last panel, he takes off his helmet and is revealed to be a black man. EC Comics was forced to shut down the comic book and now we have ratings on comic books. Because of THAT story. The rating system on comic books was not created to prevent sex or violence in comics... it was created by a group of parents, to protect their children from being exposed to black people. Not many people know the history of the rating system of comic books and how it got started. It was started by a group of 12 women, who were haters, and went to extremes to make their hate known.

In the 1950s you couldn't write a black character. It was absolute career suicide for an author to do so.

It's always something. In a few years it'll be something else. Who knows what.

The real question is: will you be a cowardly slave to the haters allowing them to push you around and dictate what you can and can not write? or will you stand up for yourself and be true to who you are and not let haters bully you into writing your book their way?

>>Does it need to make sense or be relevant to the plot for a character to be straight? Does it not bother you that there is not a single canonically lgbt character in Harry Potter?

I think in the case of HP, it never occurred to me to think about the sexuality of the characters, because they were only supposed to be 10 years old.

I don't know. It feels weird to be reading about 10 year old children and ask: "So who will they being having sex with?" I mean... they are freaking 10 years old. Should we as readers really be thinking about if these children want to have sex with girls or boys at that age?

I get the point you are making and agree with you, I just think Harry Potter is the wrong book to use to make that point with, given the characters are too young to be thinking about sex yet.

I also felt like JKR saying Dumbledore was gay, in an interview, but not in the books, felt more like she was covering her ass for the media, in more of a "whoops, I forgot to add that token gay character, what do I do? fast think, who can I say is gay?" I felt like, if he really was gay, she should have shown him with a partner once in a while. Even if it was just, him, saying: "This is my friend ___" in one line.