It was the first novel I published. It was published on 2006. It was unpublished because of fan outcries in 2007, leaving it the most obscure, and difficult to find volume of The Twighlight Manor series. 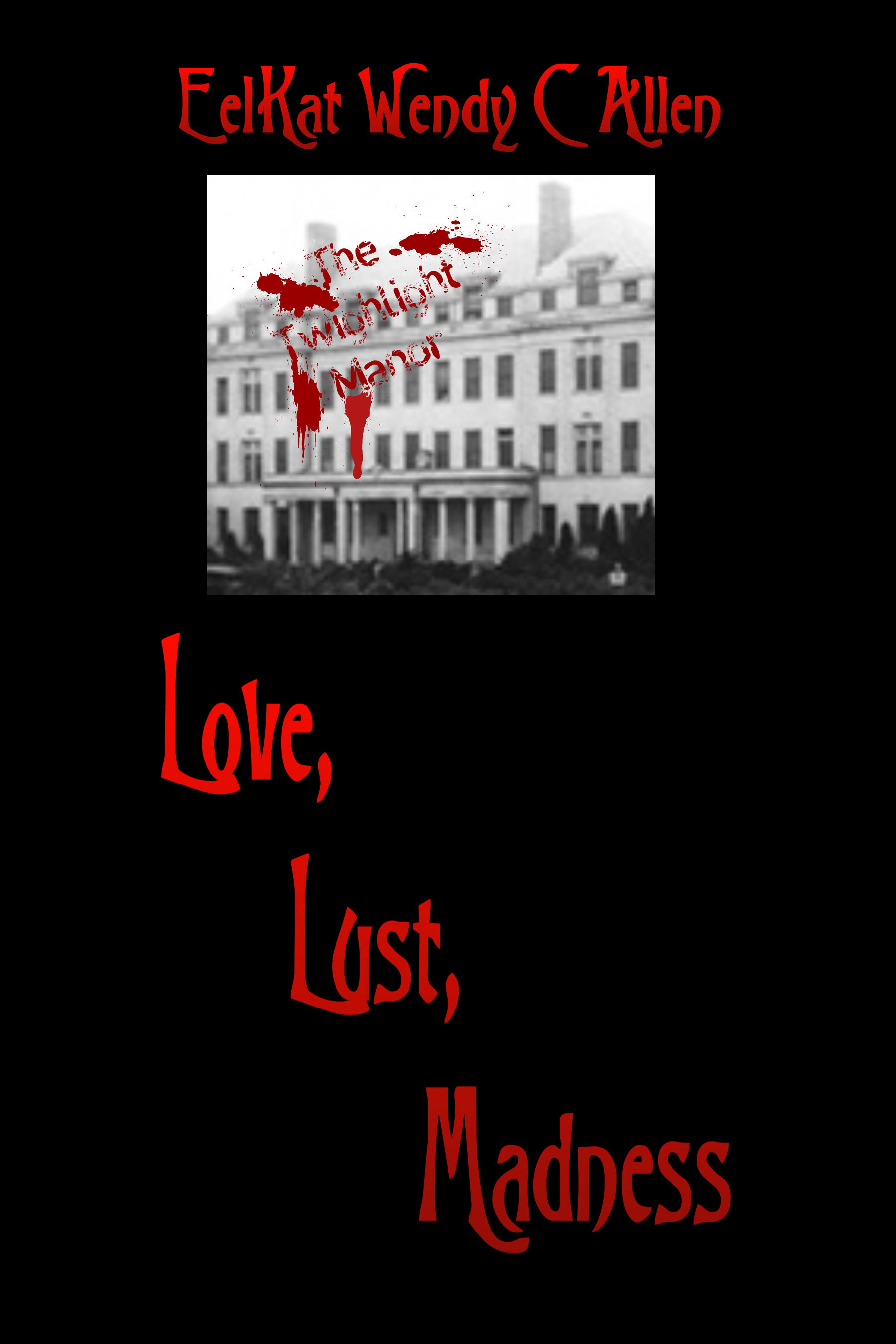 Interestingly, this is also the story that my readers... HATED... a lot.

And if you know the Twighlight Manor series, you know of course that this is Love, Lust, Madness.

At the time, Etiole was the primary main character of the series. He is the grandfather in this novel. The son his Phozeen, with the story being set days after Hornet aka Dulcee leaves him for FrostJackle. The girl is Etiole's granddaughter Ptarmagin.

This story hit a lot of nerves, with fans, as it was the story which shows Etiole's darker side. (He is the father of Ptarmagin's baby.)

It was also the first story to show Phozeen's violent nature (when he tried to kill Etiole.)

And while suicide has been a long running theme in the series since the 1990s, it was the first volume to show a graphicly detailed on page suicide.

The thing which ticked off readers the most however, was the fact that this was written, with it being the FINAL story of the Twighlight Manor series, and Etiole dies in this story.

Etiole is by far the character who has the most fans of any character in the series and killing him off, sent fans into a frenzy, many of them storming their way to FanFiction.net and their own various fanfiction blogs to rewrite this story.

As far as I know, Love, Lust, Madness was the ONLY story in the set to ever have fanfiction written about it....and written not because they liked the story, but rather because they hated the ending and wanted to rewrite it.

In the weeks following its publication, my inbox was quickly flooded with hundreds of reader out cries, many of them begging me not to stop writing this series that I had written since 1978.

Others asking me to write another story, a part 2 to Love Lust Madness, to reveal that Etiole had "not died".

Still others decried the death of the baby.

And interestingly, every email asked why this was a novel and not a short story, as the entire series was short stories, with Love Lust Madness being the first novel of the series.

In the years before this, I had received one or two fan mails here or there, and was not fully aware of how many fans I actually had.

This sudden outpouring of hundreds of fans coming forward and begging the series to continue, opened my eyes to just exactly how many readers I really had out there, and how much they deeply and truly loved this series.

I had intended Love Lust Madness to be the final story of the series, and had not planned on writing any more stories for The Twighlight Manor series.

I had long seen The Twighlight Manor series as a failure. It's sales have always been minimal at best, and local protects by various church had just reached a new violent high - October 18, 2006 a bomb blew up my house and an 8 foot tall Ku Klux Klan cross erected where my house had been days earlier. Members of the Saco Ward of The Church of Jesus Christ of Latter Day Saints (Tim Smith, Kathy Smith, Joel Bailey, Mary Bailey, Easter Rhodes, Tommy Bryant, Dan Kenning, Jim Thomas, and Mary Elizabeth Chapman) gathered in my driveway after the bomb, to chant that I was a witch, stating they had asked God for the bomb to get rid of me and my Satanic books. (Keeping in mind this was the same church group who had banned the books I wrote in 1991).

Love Lust Madness was written, during Maine's -20F winter, the year that reached the record breaking -47f... while I was living under a 8x6 tarp with no protection from the cold.

I had no reason to think I would survive the end of winter, living under a tarp, and thus I wrote Love Lust Madness not only to end the series, but also to be my final book, as I fully expected to freeze to death before winter ended.