this mod makes game lagged for serious when you have 500 lvl or above, please fix it.

I can't fix this bug. I think, the problem is in game's engine. But, I have a counter-question: How you're get 500lvl?

open it in NotePad.

look for function GetMaxLevel and change return value from 100 to 1000.

That's all you have to do and it works without installing a mod.

Perhaps that'll fix your lag issues? Not sure.

I figured this out, after I reached lvl 100 and was still only 67% into the game and it refused to level up anymore.

I can definitely see myself reaching lvl 500 as well, before I get around to NG+ though, the way I play! LOL!

I have the random encounters mod and the set guard level mod. I have the random encounters mod set to spawn new encounters every 10 to 15 minutes, so it spits out a new bandit camp or a chort or a forktail or a group of nekkers or whatever, every 10 to 15 minutes, thus I never record an episode without some sort of bandit or monster fight, thusI end up getting extra xp from those. (Highly recommend the Random Encounter mod for anyone who records their let's play for YouTube, that way you don't have lots of space with nothing happening). Plus, being able to fight the guards, I get xp from that as well.

Plus, EVERY single time I pass a person who I can play Gwent with, I play Gwent. I am so addicted to playing Gwent.

I'm doing a completionist run for a YouTube Let's Play, and it's already 400 hour long episodes, and will likely be 700+ episodes before I get to the end of the game... I've got the Game Guide book, so I'm doing the quests in order from the book, and tip: the game only has about 130 "marked" quests (the contracts and the ?s) but there are 500+ quests total in the game, because of all the "!" quests (known as "easter eggs) that are super hard to find... most when you find them unlock an epic or legendary achievement with fewer than 2% of players ever unlocking those quests.

If you've got the game guide (that big $200 hardcover one with 800 pages) it tells you how to find EVERY quest, including all the unmarked easter egg quests. If you play the game by that book, you can easily reach lvl 300 or more long before you finish the game or even get close to NG+.

Most people finish the game in 60 to 70 hours (which will take you to around lvl 35 or so)... a full completionist run (ALL quests, even the hidden easter egg ones), CAN NOT be completed in anything less then 612 hours MINIMUM (about lvl 300 if the game didn't stop leveling up at 100; but you'll reach 100 and stop leveling up at around 200 hours), just because there are so many hidden easter egg quests, most of which take 40 to 70 minutes to complete once you've unlocked access to them.

Not sure how the original commenter reached lvl 500, but, that's how I'm fast closing in on it myself and still no where's close to starting NG+ yet.

Not sure if that info helps anyone or not. But boy, is this game ever addicting. I started playing it almost 2 years ago. Now it's like breathing and eating - I can't live without my daily Witcher let's plays anymore. LOL! 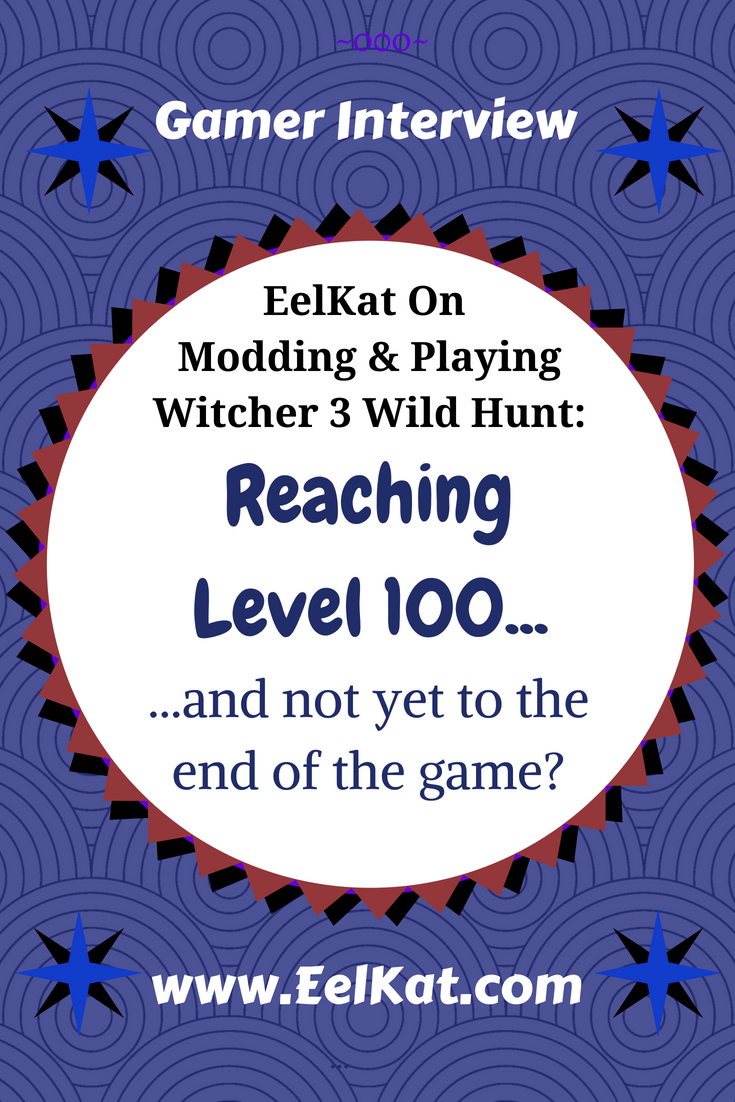