On October 21, 2016, Alfred Superior Court overruled the January 4, 2016 ordinance banning LGBTQs in OOB, AND overturned the town hall's ban on the Quaraun series, citing that both the ordinance baning LGBTQ residents and the court order ordering the Quaraun books to be removed from Amazon.com to be "gross violations of civil rights".

January 4, 2016 - October 21, 2016 The Town of Old Orchard Beach Issued a court order ban on gay, transgender, lesbian, non-white, and non-Christian residents, forcing 140+ families out of their homes, while executed 500+ cat, dogs, and horses, and nailing the pets' heads to the doors of their owners homes, as a warning for other LGBTQ, non-white, and non-Christian people to stay out of "The Family Friendly Town of Old Orchard Beach".

This attack on residents of Old Orchard Beach, included MANY non-gay, white, and Christians being included in their mob hysteria attack, including me, a crippled, elderly, straight, white, Christian cis-female, whom they falsely accused of being a non-white, gay, transexual witch, because my car, my motorhome, and my dresses are pink.

Are you too gay for Old Orchard Beach too?

You don't have to ACTUALLY be gay, to be deemed "too gay" for this "family friendly" town. 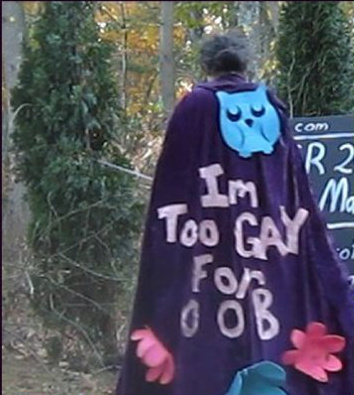 These videos are made by the Gypsy family known as "Stephen King's Thinner Gypsies". Stephen King used this family, their farm, and their cars in several of his movies, including Rose Red, Chinga, Christine, The Thinner, and Maximum Overdrive. Info about the Gypsies themselves can be found here: https://www.eelkat.com/meet-the-scottish-travellers.html

The article with full Info on the hauntings, the truth of their car vs the rumors, and how it went on to become the basis for Stephen King's Christine, Trucks, and Maximum Overdrive is here: https://www.eelkat.com/GoldenEagle.html

Hugs and kisses to my wonderful fans. Love you all! Talk to you again soon.