Re: Facebook Algorithm Changes -
Some Thoughts on FB In 2018


So, today while doing my regular rounds of watching the newest videos from my favourite YouTubers, which includes gamers, vloggers, commentators, entrepreneurs, self help speakers, and other such folks, today I saw this video, by Jeff Walker, on this week's Facebook algorithm changes.

If you don't know what happened, FaceBook announced in October 2017, that in January 2018, Facebook would be making a massive algorithm change that would force fan pages and groups owned by businesses OUT of your newsfeed. From now on the ONLY way you will get updates and posts from groups and fan pages, is if you specifically go to the group/page and change your settings, to get notifications from that group. If you do not select that you want notifications from that page, you will not see them.

Now for most people this is great, because it means FB is going back to how it was in 2008, when your newsfeed gave you the latest updates from your friends and family - you know, the people you actually WANT to see updates from. No more will you be bombarded by spam from news accounts, business accounts, and spam accounts. Yay!

But... while that's great news for people who use FaceBook as it was intended to be used, that's bad news for all the businesses who in the past 3 years jumped on FaceBook to use it as a way to promote their business.

Well, FaceBook rolled out that algorithm change this week and business are feeling the crunch from it. Thus this video here...

Did Facebook Just Wreck Your Business?
by Jeff Walker

I agree with him; social networks are for networking with your social community (personal friends and family) thus why they are called social network; I've been saying for years businesses are clueless to how to use them, that's why so many businesses fail at them. 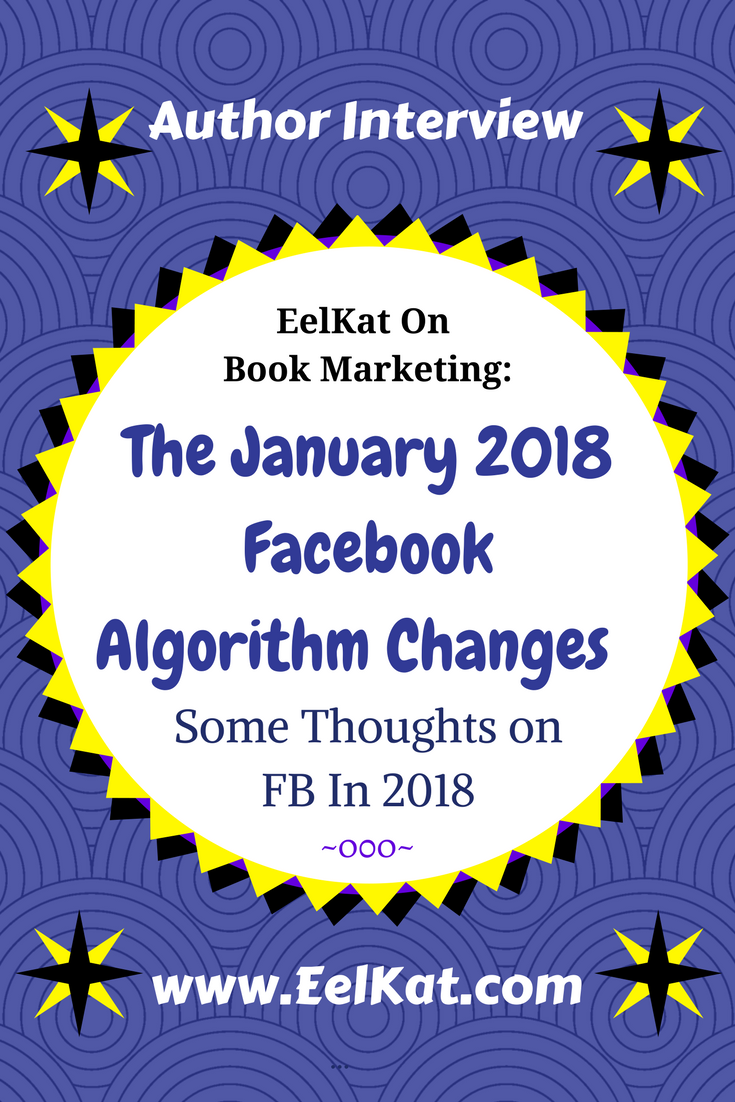 Some businesses use it good and all, but too many MMO and MLM folks with scammy "businesses" have been flooding social networks with spam and now everyone has to suffer because of the bad apples.

It looks to me like FB doesn't like or want businesses turning FB into a spam fest so they are changing things up to make sure FB remains what they started it out as: a place for friends and family to stay in touch.

So I can't really blame FB for making these changes; sure it sucks for businesses, but if FB don't want businesses using FB to promote themselves, well, FB owns the company and they have the right to say that and there's nothing anyone can do about it.

...and wow, to go from 10,000 views a day to 500 views a day after this change... that's rough! He's gotta be hurting from that. Makes me glad I never did the whole, use FaceBook for business traffic thing when everyone else jumped on that bandwagon.

I'm sure he's not the only one hit by this and no doubt we'll soon see more folks coming forward to say how it's affecting them; this is only the beginning so not many folks have had time to comment on it yet, by next week, these sort of videos will be flooding YouTube.

And how many business put all their eggs in the FaceBook basket? Yow. I've been seeing chatter across several forums already. Lots of MMO and MLM "guru"s are being hit hard by this. Lot of Black Hatters in the SEO world are howling over this. FB has chopped their businesses off at the knees. I'm not sorry to see the scam artists hit hard by this, but I'm seeing a lot of legitimate small business folks getting hit by it too and that's not good.

I follow a lot of local business pages from around Old Orchard Beach and Saco Maine, and I do want their updates, so I just went to FaceBook and made sure to turn on the notifications for them. If you've got a local business you're following in your area, be sure to do the same. I'm a big believer in the fact that the community needs to support each other.

I was a door-to-door-salesman for 16 years, and building a local list in my community has always been the #1 way to go; it's why even with my online business I stay small and local and don't do the whole flinging myself out there trying to get millions of traffic globally. I know I can rely on the people I can reach out to locally and visit within my community; they aren't gonna vanish when some social network changes things up.

What Jeff says here is right - digital and online leads are good, for a time, until they change, so we shouldn't rely on them because we never know when they'll change - having an actual list of actual names, of actual people whom you can contact yourself, is the way to go.

Facebook: Is it time to quit our unhealthy addiction?

Now, not about the recent FaceBook algorithm change, this video was the recommended video after that last one, so I ended up watching this one as well, and, wow... this is really something to think about.

I suppose after watching that, I'm glad I never got so into social media that I got addicted to it. If you follow my social network accounts, you know I rarely use any of them. I post maybe 2 posts every month on FaceBook, and most of my tweets are automated. I used to post on Twitter daily, back in 2008 when it was a chat room and you can find people on there to talk to, but since they joined the stock market the site has been nothing but link spam for businesses and I've lost interest in Twitter. I've made exactly 10 posts total in all my years on Instagram. LinkedIn sees me log in maybe twice a year.

But I know a woman, a relative of mine, who is addicted to FaceBook. BIG TIME. I've seen her do exactly what this video is talking about, treat FaceBook like a drug and not be able to stop. She stays on FB 8 or more hours a day, and she gets into horrific battles. She has a group of women from her church who she talks with, and you'd think that was a good thing, until you realize they call themselves "The FaceBook Police" and they spend hours each day, searching FaceBook for accounts of local people in our town, looking specifically for any person who identifies as gay, lesbian, nonbinery, transgender, bisexual, etc. Then enmass these women start hitting the report button on every one of this person's posts, then report the person's account with false claims that the person is harassing them.

This is a group of about 75 women.

Do you know what happens when 75 people gather on a person's FB account and mass report hundreds of that person's posts?

Within 15 minutes that person's account is deleted off FB.

Hundreds of LGBTQA+ citizens of York County, Maine have been attacked by this vicious group of women, all of whom live in Old Orchard Beach, Maine, most of whom are members of The Saco ward Church of Jesus Christ of Latter Day Saints in Saco, Maine, one of whom works at the Old Orchard Beach Town Hall as the Business Licenses Officer - and uses her knowledge of who is LGBTQA+ to deny those residents businesses license and file false code violations to get their businesses shut down... in what she claims to be "making Old Orchard Beach a family friendly town by removing those evil child raping gayz from our community".

One of the women in that group, is the wife of the town manager. Another is the mother of our town's chiropractor, another is his wife, a 3rd is his mother-in-law, and he himself is the bishop of the Saco ward church.... but he disapproves of what his mom, wife, and mom-in-law are doing, and has said in church from the pulpit, that he wanted members to "STOP using FaceBook as a weapon to hurt the citizens of our town".

Knowing these women and how addicted they are to the destruction of people's lives via FaceBook.... I must say, I'm not surprised, to see that video, nor this one...

I wonder, how often groups like those local women use FaceBook to hurt people. Clearly, they are not the only ones, not when studies like the one mentioned in this video, have identified that this sort of ganging up on someone to publicing humiliate and harm them, is a trend.

This reminds me of The Year 2525.... does anyone remember that song?

40 Years ago that song predicted that in 500 years the Human race would use technology to destroy itself... looks like it took the Human race only 50 years to do almost everything listed in this song:

In the year 3535
Ain't gonna need to tell the truth, tell no lie
Everything you think, do and say
Is in the pill you took today

In the year 4545
You ain't gonna need your teeth, won't need your eyes
You won't find a thing to chew
Nobody's gonna look at you

In the year 7510
If God's a-coming, He oughta make it by then
Maybe He'll look around Himself and say
Guess it's time for the judgment day

In the year 8510
God is gonna shake His mighty head
He'll either say I'm pleased where man has been
Or tear it down, and start again

Now it's been ten thousand years
Man has cried a billion tears
For what, he never knew
Now man's reign is through